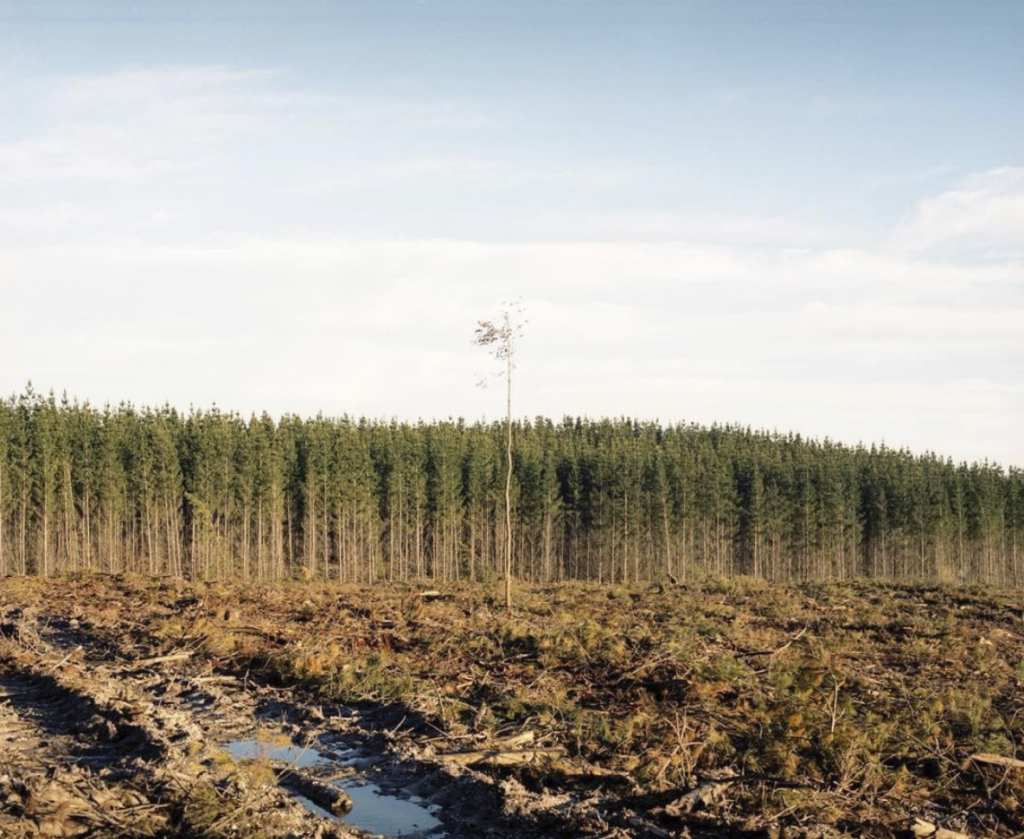 The struggle to save old-growth forests is one of the longest-running environmental campaigns in the country. Since the first blockades at Terania Creek in northern New South Wales in the 1970s, through the ‘woodchip wars’ and the efforts to see the forests of the wet tropics, Victoria, New South Wales, Western Australia and Tasmania protected, safeguarding the forests has long been a part of life in modern Australia. Bit by bit, areas have been protected, always as a result of community action. As the great parks of Tasmania, East Gippsland, the north coast of New South Wales and southern New South Wales were declared, the park estate has grown over the years.

But despite these wins, the logging of old forests continues. And now we have an added threat: climate change–fuelled wildfire. This was shown in last summer’s terrible fires, which devastated huge areas of forest. The Gospers Mountain fire in the Blue Mountains was the largest ever recorded in our country. These fires have led to industry demands that government allow ‘salvage’ logging in burnt areas in both New South Wales and Victoria and access to areas that were not burnt.  Despite warnings from environmental experts, logging has recommenced in NSW forests ravaged by the Black Summer bushfires. The same has happened in Victoria, where more than 3000 hectares of ‘fire affected’ alpine ash is being salvage logged.

Leading conservation biologist Professor David Lindenmayer says it would take more than 100 years for wet and damp forests to recover from the ferocity of last summer’s fires. He and fellow researchers make it clear that salvage logging will just compound the damage and should be opposed on ecological grounds. Yet both state governments have continued with ‘business as usual’ logging regimes despite the ground shift in the health of forests. With so much of our old forests destroyed through decades of logging, we are down to the final fight over the last incredibly significant scraps that are not yet in a conservation reserve. Researchers in Victoria have identified that only a little more than 1 per cent of old-growth mountain ash and just 0.47 per cent of old-growth alpine ash is left in the state.

We are now at the point where we need to manage forests to allow them to be restored—to eventually see the creation of new old growth—not subject them to continued unsustainable logging regimes. Young, regrowth forests are more fire prone. Older forests tend to be more fire resistant.

In November 2019, the Andrews government in Victoria announced a commitment to immediately end logging in remaining old-growth forests, protecting around 90,000 hectares, with all logging in native forests across the state to stop by 2030. The announcement included the release of the Greater Glider Action Statement, which made another 96,000 hectares of forest across Victoria immediately exempt from logging in order to protect this and other threatened species. The government also announced a 30-year plan to support the timber sector as it transitions out of native forests. It allocated $120 million to ensure that the industry is fully supported in the transition.

Sadly, before the announcement could be implemented, the summer’s fires cut through vast sections of the forests of eastern Victoria. Since then the logging companies have been offered continued access to forests, yet there has been no further announcement on the long-awaited protection and industry-transition plan.

The only positive forward movement has been as a result of community campaigning: volunteer citizen groups such as the Fauna and Flora Research Collective have searched for threatened species in areas due to be logged, then launched court injunctions to save them. In April, logging was temporarily halted in twenty-six unburnt areas of Victorian native forest after environmentalists argued in court that there was a risk of ‘serious and irreversible damage’ to threatened species after last summer’s bushfires.

In New South Wales, logging continues in many areas of state forest. Recently released documents from the NSW state government’s logging agency, the Forestry Corporation, reveal that at least 85 per cent of harvestable native hardwood forests in the South Coast region was burnt in the fires. An additional complication is the internal conflict within the ruling Coalition regarding land-clearing legislation, which led the Nationals to make an ill-fated attempt to force the Liberals to drop the legislation. Proposed changes to planning regulations would give farmers responsibility for managing koalas on their properties. Under the new regulations, more trees would be classed as koala habitat, which wwould restrict land clearing. The aim is to reduce the scale and extent of forest and vegetation destruction in the state, but the Nationals opposed the regulations in their current form. The NSW premier called their bluff and they quickly retreated from their threat to walk away from the Coalition.

Meanwhile, Tasmania seems to be heading back to the Bad Old Days of the ‘forest wars’. Tasmania’s economy is now geared towards tourism, and the huge areas of intact wild country are a cornerstone of the nature-based tourism that the state relies on. After a long truce, the current government seems intent on restarting conflict between conservationists and the logging industry.

The Tasmanian Forest Agreement, or ‘forest peace deal’, was passed in 2013, and effectively ended that conflict. However, it was repealed by the Liberals after an election win a year later. The conflict was held at arm’s length because of a moratorium on logging 356,000 hectares of Tasmanian forest that had been designated as Future Potential Production Forest (FPPF). The moratorium allowed the Liberals to create an image of ‘unlocking’ the forests for the timber industry, without having to deal with the conflict that would follow. But now, with the moratorium having ended in April 2020, the old battle lines have been redrawn.

Premier Peter Gutwein recently announced that some of the ancient forests in the Styx Valley in the south-west of the state will be allocated to the government’s forestry company, Sustainable Timber Tasmania. Forests such as the Styx were protected after long campaigns, and environmentalists will not step aside and let them be logged. To up the ante, the government is also pushing ahead with implementing anti-protest laws that would create draconian measures intended to stop conservationists from directly protesting against the renewed logging.In response to these plans to restart logging, the Bob Brown Foundation has launched a legal action that it hopes might end native-forest logging in Tasmania by establishing that the industry is breaking federal environmental laws. The foundation lodged the case against the Tasmanian government, the federal government and Sustainable Timber Tasmania at the Federal Court in late August.

The political adage goes that ‘eternal vigilance is the price of liberty’. Sadly, it is a truism when we consider the state of our forests. We live on the driest continent on the planet, and we face ever more intense fire seasons because of climate change. We should have ended logging of old forests decades ago. But here we are, fighting over the scraps as the forests of the planet literally burn, from Tasmania to the Amazon, from Siberia to California. Yet we must see the end of this campaign, as time is running out.

Cam is the campaigns co-ordinator with Friends of the Earth in Melbourne. He has been involved in environmental and social justice activism in Australia and around the world for many years. While he has spent the last decade working to halt new fossil fuel projects, his background is in forest campaigning.

No more clear cutting or taking any old growth, selective logging only 50 meters away from a stream and 100 meters away from any body of water plain and simple no study needed. Yes it will all cost us but it will cost us more if we keep going in the same direction. Stop the insanity and greed.