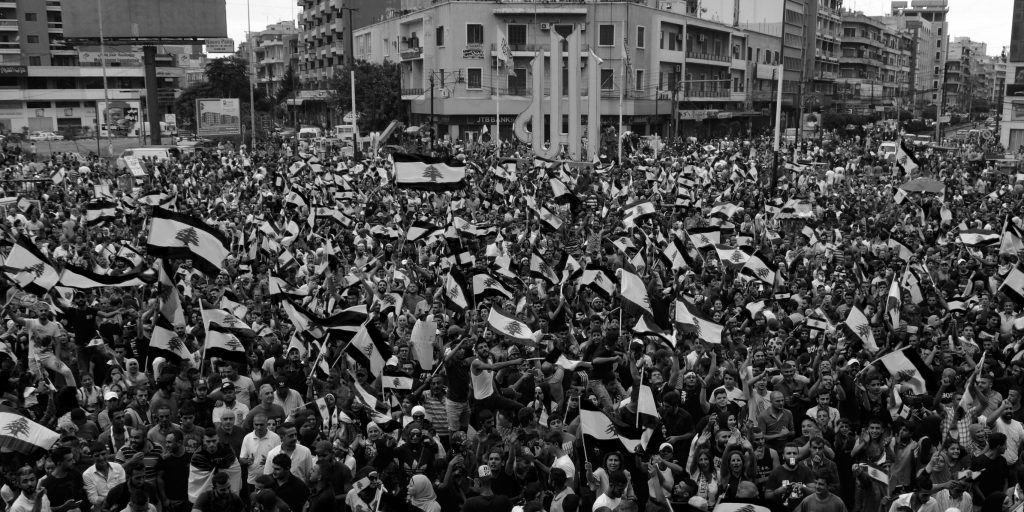 Lebanon is in the grip of long-term instability that threatens its viability as a functioning state. This instability can only be addressed if its internal political system is fundamentally reformed and decoupled from outside powers’ interference in pursuit of conflicting regional geopolitical interests. This is also precisely where the difficulty lies in bailing Lebanon out of its current appalling predicament.

The Lebanese crisis is multidimensional. It is primarily rooted in its peculiar domestic power structure and external interventions. Lebanon’s political system has been based on proportional representation of the various confessional groups that make up the country and whose elites have been able to run it according to their diverse interests ever since its independence (along with that of neighbouring Syria) from France in 1943.

Initially, the system worked quite well as long as the elite leaders of the two main sects—Christians and Muslims—functioned consensually, and there was no major shift in the demographic composition of either group and little or no neighbourly geopolitical pressure. Lebanon thrived as a stable and progressive state in the 1950s and 1960s.

However, undermining the system was its vulnerability to elite patronage and corruption; the Israeli-Palestinian and Israeli-Arab conflicts, which subjected Lebanon to rival interference by its neighbours and wider regional actors from the turn of the 1970s; and growth in the Shia segment of the Muslim population.

The failure to accommodate the expansion of the Shias and the rise of the anti-Israel and anti-United States Shia Islamic regime in Iran, resulting from that country’s revolution of 1978–79, helped the Lebanese Shias to establish their own paramilitary organisation of Hezbollah. Over time, Hezbollah grew to become a powerful force in Lebanese politics and a proxy actor for Tehran, with a veto power to influence Lebanon’s domestic and foreign-policy direction.

Although Hezbollah and Iranian influence followed rival interference in Lebanon by Israel and Syria as well as some other Arab states, they all played a critical role in the breakdown of Lebanon’s consociational system and in fuelling a devastating civil war that raged from 1975 until 1989. Under the Saudi-brokered Taif Agreement the warring groups ended their hostility but assumed power to run the country as before. All the internal and external factors that had paralysed the system remained in place, leading Lebanon down the path of political, economic and financial bankruptcy, and survival at the behest of rival and in some cases parallel regional actors.

The Syrian conflict and the outflow of one million Syrian refugees into Lebanon, with Hezbollah joining forces with Iran and Russia to save Bashar al-Assad’s dictatorship in Syria, exacerbated the situation. The Lebanese people, especially the younger generation who cross confessional and sectarian boundaries, had finally had enough. They engaged in serious protests from mid-2019, demanding a complete overhaul of the system and an end to the corrupt inter-elite rule of the country. While forcefully resisting the protestors, the forces of the status quo agreed to the appointment of a new technocratic prime minister, Hassan Diab, in January this year to improve the situation, but without necessarily changing the system. COVID-19’s savagery brought a pause to protests, but the latest mega-explosion in the Beirut port has brought them back onto the streets with more vengeance than ever. The incident’s killing of hundreds, wounding of thousands and making thousands more homeless, as well as destroying the entire port at a loss of billions of dollars, have caused Diab’s government to resign.

The Lebanese crisis is now very deep and wide. So too is the power of the elites and their leaders, not to mention regional actors’ determination to protect their conflicting interests in Lebanon. President Michel Aoun, who walks a tightrope between different influences, has already rejected a French-led call for an international probe into the Beirut explosion. He has ordered an internal investigation, which cannot be immune from the influence of power elites. The Lebanese people want a revolutionary overthrow of the system and its replacement by a publicly mandated, not elite-endorsed, system of governance that could deliver them national unity and prosperity. Yet, despite the international community’s pledge of assistance, they face enormous obstacles. The forces of the status quo are well entrenched in and over Lebanon. However, sooner or later they will have to relent, if they want to go down in history as the ones who served the common good rather than the ones who defied the will of their people to protect themselves and regional interests.

Amin Saikal is Adjunct Professor of Social Sciences at the University of Western Australia, and author of Iran Rising: The Survival and Future of the Islamic Republic (2019), and co-author with James Piscatori of Islam Beyond Borders: The Umma in World Politics (2019).

Hezbollah was formed following Israel’s aggression against Lebanon in 1982. Thanks to Hezbollah-led resistance Israel was forced to unconditionally withdrawal from Lebanon.

Lebanon’s main problem lies in the system of sectarian division colonial France imposed before its withdrawal in 1944. The youth and progressive forces are demanding the abolition of this sectarian undemocratic system and replacing it with a democratic one. This is the only solution to Lebanon’s problem.

No sovereign country would or should accept a foreign inquiry in its internal affairs. UN observers could participate in this inquiry since this catastrophe has outside hands in it.