Julian Assange could finally walk free—if we seize the moment 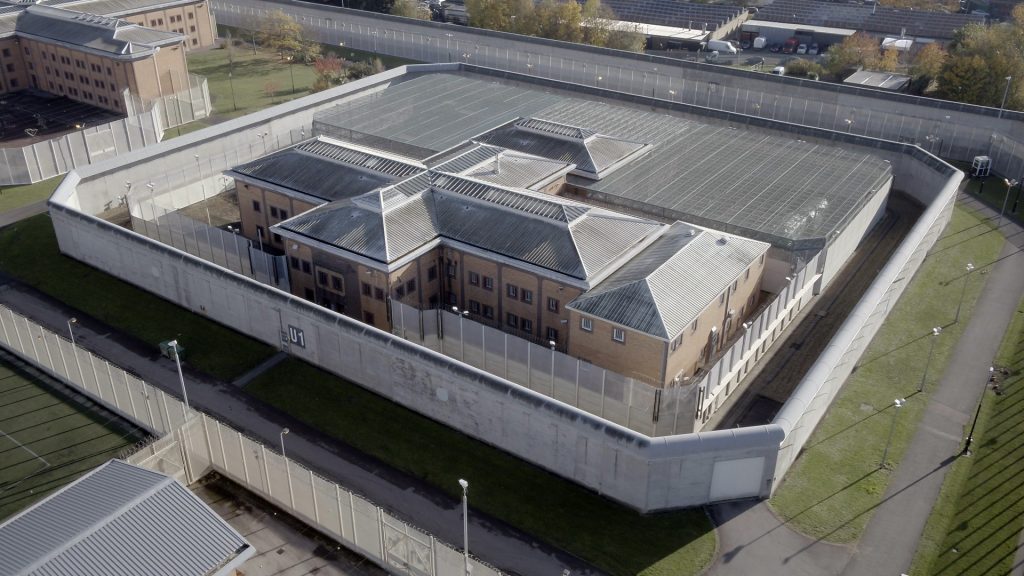 For the first time in more than a decade there’s cause for hope. The tortuous chain of cause and effect that saw Australian publisher Julian Assange go from global news sensation to a freezing cell in a London prison may at last be ended if the Biden administration decides to make a principled break with the fateful decisions of President Donald Trump.

Trump’s decision in 2019 to prosecute Assange for espionage placed Assange at risk of a maximum prison sentence of 175 years. It crossed a line that President Obama’s administration had been unwilling to step over—not through any love of WikiLeaks but for the simple reason that accusing publishers of espionage ran headfirst into the principle of press freedom enshrined in America’s First Amendment. The ‘New York Times’ problem, they called it: if Assange goes to jail then so should the editor of the New York Times. The leaks at the centre of the case led to dozens of public interest stories in the Times and other publications around the world, including this one.

In January 2021 there was an unexpected turn: a London Magistrate’s Court decided to reject Trump’s request to extradite Assange from the United Kingdom to the United States. The election result and the court’s decision provide the circuit breaker this terrible miscarriage of justice so desperately needs.

Trump, and his accomplices in the Department of Justice and Department of State, are gone. On their way out the door they filed an appeal in the UK courts—a matter of routine, according to most observers—and there the matter rests.

President Biden’s pick for US attorney general, Merrick Garland, told the Senate judiciary committee of his commitment to the protection of rights, to fair treatment of the press, and to the exercise of prosecutorial discretion. It is impossible to reconcile any of these priorities with the continuation of the former president’s dangerous conflation of journalism and espionage.

President Trump relished open hostility to the media, treating the press as ‘the enemy of the people’. He had an ally in Prime Minister Scott Morrison, who showed zero interest in stepping up to help an Australian citizen in trouble. But now, far from Canberra, the ground is shifting.

In the United States, moves are afoot across civil society, the press and the legal profession to bring this dangerous episode to a close. Organisations with global reach, including Amnesty International, Reporters Without Borders and Human Rights Watch, have recognised the threat of this prosecution and stepped up a lobbying campaign to ensure the Biden administration drops the case. There is renewed energy around the world, from the Media, Entertainment & Arts Alliance—Assange’s union here in Australia—to the remarkable work the US-based Courage Foundation is doing to help focus the mind of the incoming attorney general. Now is the time to raise our voices, to demand lawmakers here urge their American counterparts to let Julian Assange walk free and reunite with his family after more than ten years.

‘Transparency in government remains a vital national interest in a democracy, Garland has said. On 29 March his justice department is due to publish more details on its grounds for appeal. That’s how long we have to ensure that these words mean something.

Scott Ludlam is a writer, activist and former Australian Greens Senator. He served in Parliament from 2008 - 2017, and as Co-Deputy Leader of his party from 2015 - 2017. Currently working as a freelance researcher and troublemaker, while writing occasional pieces for Meanjin, the Monthly, Junkee and the Guardian.

Thanks for this good information. It gives hope. What can we do to influence the result?

Good news,& Great ideas Scott!, after the contradictory efforts of Ol’Trumpy- stumpy’, One would think( rationally) that Biden would correct the stupidity!
Not sure that it helps anyone to call Yourself a “troublemaker”!…..; why not re-define Your good self as a ‘Evolve change/Capitalism formulator’?

Public show their support for Julian Assange during Protest at Melbourne British Consulate:

Several speeches were also given, one by Feili shown below.
https://www.youtube.com/watch?v=M2xcg0dfugw

As Feili and others spoke or called out our demands, nearby members of the public, on foot, at the nearby tram stop, or in cars showed us their support by waving at us, tooting their horns or calling out their support for Julian Assange. On that day, almost nobody expressed any hostility towards us.

After our protest at the British Consulate, we marched back to Flinders Street Station where we found more support from members of the public. One spoke to us and said that, fro next week, he will be coming to future weekly vigils for Julian Assange from 6:30pm outside Flinders Street Station. The film of him talking very enthusiatically to John one of the members of our group is shown below.

Judging by this experience, we expect to be able to make an even bigger impact at next week’s vigil. Please be there, at Flinders Street Station at 6:30pm on Friday to listen to speeches, hand out leaflets and help us spread the word.

History will show that liberal ‘democracy’ ceased around the end of the twentieth century, not coincidentally, around the same time & in response to similar pressures that the former Soviet Union dissolved.
I will not live long enough to know whether history will also show that liberal freedoms were lost for the longer term, or regained in some struggle yet to be sustained. Julian Assange & his associates were early scouts. They elicited a clarifying response. We all now know more about the truth – enough to abandon the democratic fantasy – about relations between citizens (captive residents) & states.
Liberal freedoms were not gained by asking politely. Past rulers lost their heads, literally. What will it take to regain them? Only those now young & angry will know. I wish them well.

Well done ! We,simply cannot stop demanding that the USA drops charges and ASSANGE IS IMMEDIATELY RELEASED. His case represents the freedom of the Press and whistleblowers that is essential to democracy.

Scott – thanks for the optimistic summary of the current situation.

We met briefly at an Adelaide forum back in 2016, when you were a Senator and campaigning for Julian and on anti nuclear and many other important issues.

I miss your eloquent presence in the Senate.

A flicker of hope. It’s time that Scott Morrison took a stand for the release of Julian, an Australian Citizen. Is he going to keep ignoring that Assange is being held in Belmarsh illegally, for the sake of doing USA’s bidding. He need to listen to the citizens of Australia! Disgraceful behaviour by a Prime Minister of Australia!

Lets hope at last some justice can be done . Julian cannot get all the years of suffering back but lets hope his victory lies ahead and he can have some peace

Just now, I sent by e-mail or otherwise, the following message to all members of the Australian Parliamentary support Group in Support of Julian Assange. I am posting here a copy of that e-mail because of the support you have shown for Julian Assange:

I am sending this e-mail to you and to other members of the Parliamentary support group for Julian Assange.

Could I ask you to consider putting to whichever of either the House of Representatives or Senate in which you sit, the following resolution:

[BEGINS] Noting that multiple award-winning Australian journalist, Julian Assange, who has committed no crime against British or Australian law, has been illegally detained and psychologically and physically tortured by the British government since 19 June 2012, firstly until 11 April 2019 inside the London Ecuadorian Embassy, and, after that, in solitary confinement for 23 hours per day in Belmarsh Prison, this House/Senate requires Scott Morrison to use all his authority as Prime Minister to demand of British Prime Minister Boris Johnson that he immediately release Julian Assange and facilitate his return to Australia or to any other country of his choosing with his wife Stella Moris and his two children.

Should the British Government refuse to release Julian Assange, this Parliament instructs the Prime Minister to ask the United Nations to act for Julian Assange’s release and, should it be necessary, to put the case to the International Criminal Court.[ENDS]

Whilst, of course, I appreciate that it is unlikely that such a motion will be carried, in either the House of Representatives or the Senate, I still believe that it is important that this motion, of such vital concern to free journalism, be put, so that members of the public, whom it appears to me, overwhelmingly support Julian Assange and want the Australian Government to act, will know which members of Parliament have shown their support for Julian Assange and which members of Parliament have continued to keep their backs turned on Julian Assange.

For more information, specifically about Julian Assange, please visit this section of my web-site: https://candobetter.net/JulianAssange .

He must be going through hell and for another human (Borris Johnson) to watch Julian suffer in this way is truly evil behond doubt. I think of Julian every single day and I know this could be any one of us. We can’t let this go on any longer,enough is enough,I’m heartbroken for Julian,he’s just become a pawn in a political game but it’s Julians life and if this carries on I’m scared that Julian will lose his fight and his life. I’ve seen with my own eyes what prison officers are capable (murder) this is the truth of it. Please Free a really good human being.

Another thing I suggest we try. Formula 1 champion Lewis Hamilton (@LewisHamilton on Twitter) is also well-known for championing the cause of human rights in the countries he visits for the Grand Prix. On July 18th the race is in the UK, which continues to unjustly incarcerate Assange without charge. I’ve tweeted Hamilton suggesting he campaign for Assange’s freedom. Anyone else can do the same. I’ll try to get a petition going for ppl to sign, too.