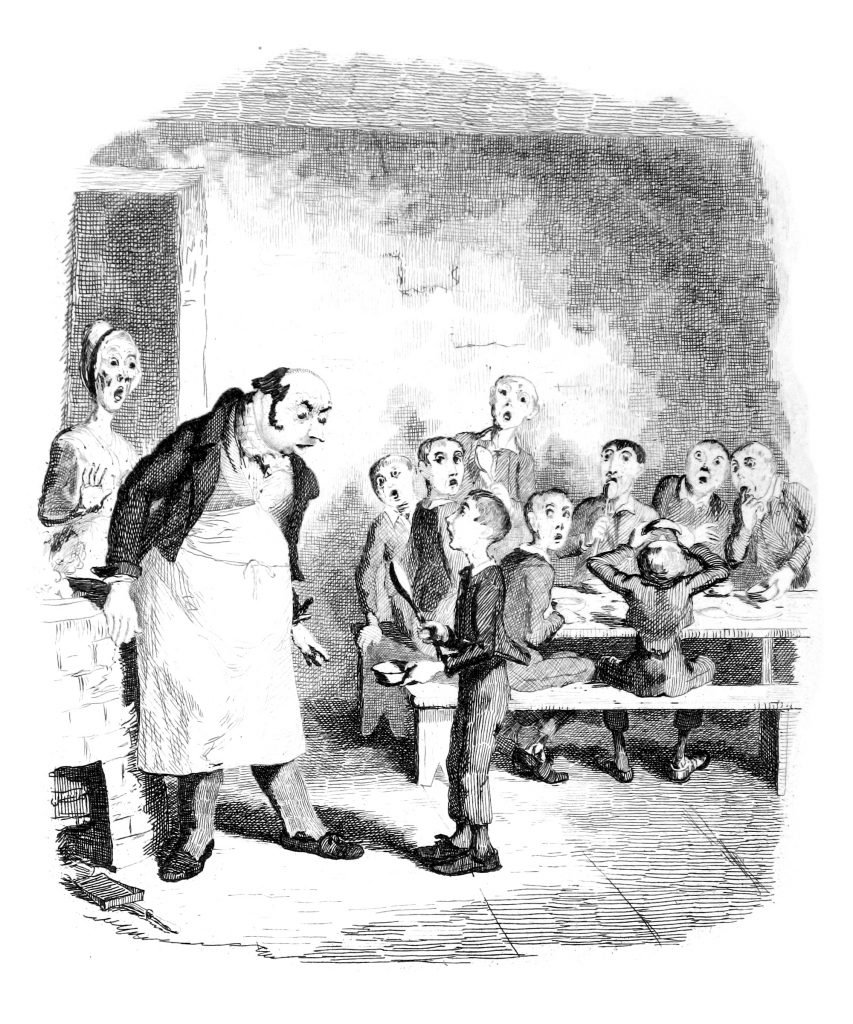 Two years before Margaret Thatcher’s Conservative Party won the 1979 General Election in Britain, a back-bencher, Nicholas Ridley, proposed a plan that would break the social consensus of the postwar period, replacing it with the fragmentation of public services, privatisation by stealth, and a confrontational approach to the unions. As Minister for Transport in Thatcher’s Cabinet, he implemented the part of his plan that would eventually defeat the National Union of Mineworkers’ year-long strike. In short, Ridley engineered the stockpiling of coal at power stations and the import of cheap coal from Poland. The ‘Ridley Plan’, as it came to be known, also proposed the formation of a mobile, well-trained police force capable of containing protest. The battle lines were drawn and, perhaps unwittingly, Britain’s mine workers were led by their leader, Arthur Scargill, into the valley of defeat. It was a defeat that reverberated throughout the whole union movement, and one from which the British working class has not recovered to this day. Although Thatcher’s time was riddled with demonstrations, protests and riots, her government steadily began the dismantling of the welfare state, the NHS, and state education, along with the systematic privatisation of public industries and assets. Today, little remains in public hands, and this is the crux of the imminent climax of Thatcher’s blend of neo-conservative neoliberalism, which is characterised by unfettered freedom of the marketplace and small but coercive government.

If we fast forward past Blair, allegedly Thatcher’s greatest success; past Cameron, the instigator of the EU withdrawal referendum; past Brexit, which years after the event still has not been ‘done’; past May, who could not contain the Tory Right Wing; to the present day, Britain has no effective government. It has been replaced by a slothful squatter in Downing Street, whose hubris is equalled only by his capacity to turn ‘truth’ into the faintest ‘shadow of a feather’, and a travelling game show, now down to two contestants. Approximately 160,000 people—the total membership of the British Conservative Party—are eligible to elect the new leader to replace the disgraced Boris Johnson. The choice is between the chameleon Liz Truss, who has journeyed from the Liberal Democrat Party to the Conservative Party and supported the Remain campaign during the referendum on EU withdrawal but is now an arch Brexiteer, and her contender, Rishi Sunak, the first major politician ever to be named in The Sunday Times Rich List. In the end it will not matter which of the two wins; both are committed to unquestioningly continuing the neoliberal experiment begun by Thatcher. Indeed, Truss, the likely winner and future prime minister, makes no apology for emulating Thatcher’s every move.

The Johnson government is perhaps the logical conclusion of a deliberately inequitable economic system—one that has created 177 billionaires, who in a single year increased their combined wealth by £60 billion. At the same time, the neoliberal ‘system’ has also created over 2,500 foodbanks. By comparison, in 2010–11, the year the Conservatives were elected, the Tressell Trust, which operates around half of Britain’s food banks, had just thirty-five. Today, one in seven people using foodbanks live in households with at least one person in work, but the majority of people rely on foodbanks following government cutbacks to welfare benefits. By 2022, 22 per cent of the British population and one in three children were living in poverty. The recent removal of domestic energy price caps will plunge millions more into poverty. It is predicted that by January 2023, the average household energy bill will reach £4,200 ($7,166) per annum, taking more than half of UK households into fuel poverty. This occurs against a scenario in which the top six energy companies made over £1 billion in profit in 2020–21. The growing economic polarity between the richest 1 per cent and the poorest sections of society will return parts of Britain into the living embodiment of a Dickensian novel. In Tory Britain, Oliver will always be destined to go hungry.

The imminent election of Truss, marking the return of Thatcher Mark 2, is not the only comparison with 1979. The current Conservative government has been drawing up a plan, but this time it is more far-reaching than Ridley’s. The Police, Crime, Sentencing and Courts Bill, which is now law, makes protest more difficult and can lead to protestors being imprisoned for up to ten years. In addition to repealing the 1998 Human Rights Act, the British government also wants to give parliament (i.e. the majority party) the power to retrospectively overrule judicial decisions with which it disagrees. Clause 22 of the new Northern Ireland Protocol Bill will enable ministers to make legal provision about anything without recourse to parliament. The person behind this Bill is none other than Liz Truss.

Ridley anticipated his plan would cause conflict. Johnson’s centralisation of power in the state and the simultaneous deliberate demise of democracy anticipates popular revolt caused by widespread recognition of injustice and inequity. ‘Enough is Enough’, launched last week, is a campaign collective initiated by trade unions, Labour MPs and community groups. Its launch video has been viewed 6 million times and in less than a week it has gained 300,000 supporters. Fifty rallies are planned in coming weeks to protest against rising costs of living in Britain. This time, the Tories are not just taking on a union, they are very likely taking on a whole nation. Neoliberal policies have pushed people to the point where their only move, logically and emotionally, is to collectively fight back.

History may be repeating itself twice over. Ridley was also the architect of the Poll Tax, a flat tax levied on every citizen irrespective of wealth. The outcome was 18,000,000 people who refused to pay and massive protests around the country. In March 1990 a march of 200,000 people in London turned violent after the police used force against protestors. It is recorded that these protests contributed to Thatcher’s demise. She resigned several months afterwards. History might repeat, but rarely exactly. Johnson is already packing the china and is awaiting Truss’s Thatcherite strut across the threshold of No 10. Truss has no political alternative to neoliberalism, and people have had enough. The battle lines have been drawn. If the government enacts the Police, Crime, Sentencing and Courts statute by imprisoning hundreds of people, what is the likely outcome—a repressive state and a people forever consigned to the valley of defeat, or a revolution and a new political and economic order? Britain has reached a critical point in its history; the coming months will determine its future and that of the British people.

UK news reports say that many, perhaps a majority, will continue to avoid crowded venues even after ‘Freedom Day’. But of course that is of little use; a minority of 5 to 10 per cent letting rip is sufficient to turn these places into spreader hubs.

Thanks for sharing Paul. I’ve always maintained the roots for today’s neo libralist shit show lies in Thatcher’s election victory in 1979. Ironically the election I voted in.

Hi Ken,
Yes, Thatcher, along with Reagan, implemented neoliberalism, which had been sloshing around Right-Wing think tanks for 30 years. I think we are at crisis point, certainly in Britain. Our homeland is a test-case for the next stage of society. Will a new form of democracy prevail? Will people fight back and construct a new social order; one in which, finally, there is general recognition that all ‘money’ is public money and that private/public capital is a false dichotomy. Or, will the super-rich impose repressive state control in order to quell the masses, reducing them to as servile mass, living in miserable condition?.

Any rich country where millions of families have to depend on food banks to survive is an accepted norm, is obviously shameful evidence of a totally corrupt system for the few not the many i.e. fake democracy. With the full support of Sir Keir and Sir Ed, the so-called ‘opposition’. The UK is, effectively, a one-party state. The main role of ‘Her Majesty’s Most Loyal Opposition’ is to maintain the status quo which is why the rightwing Blairite/pro-Israel lobby controls the Labour Party and it can never be otherwise in this totally corrupt system based on greed, privilege, gross injustices against the poor, sick, vulnerable etc.

UK politics is playing out as pre-determined by the Establishment. Tory or Labour governments are selected on the basis of which can best serve the interests of Establishment at the time. The next act is an early general election to get Starmer elected PM because he’s more rightwing authoritarian than many Tory MPs. Out of 650 MP’s, Starmer was the only one invited to become a member of the US rightwing neo-con’s Trilateral Commission, founded in 1973 by US billionaire Nelson Rockefeller. All part of the increasing authoritarian lurch in the UK, in goosestep with the US and EU etc.