‘Ever get the feeling you’ve been cheated?’: Join the in-group, recognise the conspiracy 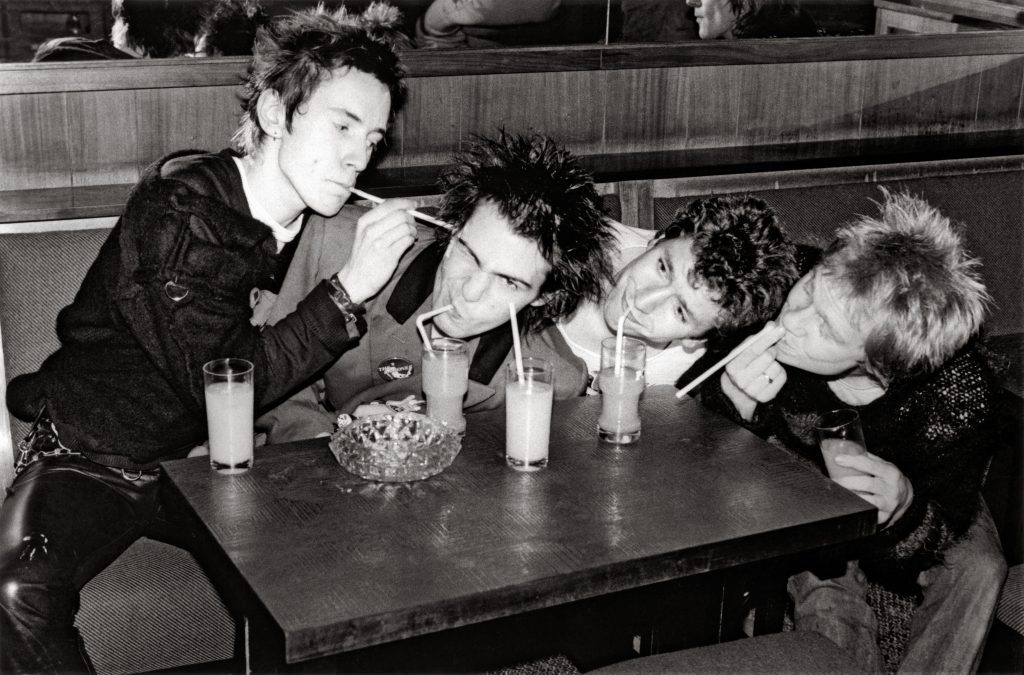 ‘Ever get the feeling you’ve been cheated?’ So said John Lydon—Johnny Rotten—in his sign-off to a disjointed crowd at the Sex Pistols’ last show. These seductive words were definitely staged; they also projected sincere venom. Nobody wants to wake up to see they have been led by the nose.

The target of Lydon’s derision was the band’s manager, Malcolm McLaren. Part cynical opportunist, part literate fashion visionary, McLaren had catalysed the band’s media-generated rise. Later, he set up a short tour of the United States in red-neck locations like Baton Rouge, where the band was an object of derision. Why was the band necessarily despised by these southern locals? From their choice of name onwards, the Sex Pistols had always courted controversy, and they were the darlings of the hip coastal elites that middle Americans set themselves against. More, the band was the embodiment of punk—a term William Boroughs pointed out had a deep association in American slang with eromenos—the evil kingdom of Sodom. Being skinny, dishevelled and impolite was one thing. Being brazen about, flamboyantly disporting themselves as, ‘faggots’ who mocked repressed middle America made them altogether mythopathic.

That there was enmity in the audience made sense, but why did Lydon cut up so rough about being played for a sucker? Not stupid or unreflective, he understood that publicity was the petrol that fuelled the band’s trajectory, yet what was happening on this tour was different: by scheduling the band into aggravated, inappropriate venues, McLaren was, in Lydon’s view, fomenting ridicule rather than simply sparking controversy. What he came to realise was that, when the game went to parody, the singer was no longer a co-conspirator but a caricature. Dropped onto a field that was physically dangerous and symbolically corrupted, he knew he had become a laughing stock.

Maybe the penny should have dropped sooner. However politically regressive, Lydon was a smart guy; most anyone who has read his autobiography No Irish, No Blacks, No Dogs will have been struck by his canny, hard-earned perceptiveness. But intelligence, education, braininess is not the issue. The point is much more experiential. Once someone comes to feel that they have been conned, an autonomous inner process tends to take over; elemental, pre-cognitive, aversive—no one is unperturbed to discover they have been used.

The potency of this ego state should not be underestimated. It has a force field, a gravity, that shapes the process of thought. Once intra-physic momentum has gathered, once the sense is in play that one has been humiliated, is abject and has been done down, the capacity to think with nuance and impartiality recedes. Negative scenarios become certainties. Dark interpretations become absolute facts. The more you think about the situation, the worse it feels; the worse it feels, the more extreme and rigid the content of thought becomes. Thinking of oneself as suckered has an emotional grunt that shunts cognition into dichotomous sidings. But there is more.

Definitely, it feels ugly to know that one has been made a fool of by her or him, but worse is to come. A difficult question must be faced beyond the fact that there is an obvious villain: is anyone else at fault? This query provokes real jeopardy, as we all know it takes two to tango, that a swindle involves two parties, that for every successful con there is a guileless mark. That a person has been, at least to some degree, complicit in their own victimhood is not a fact that Lydon, or any of us, abides with any ease. Hey, I thought I was smart, or at least smart enough. How could I have had such a brain bypass? I feel that I have allowed myself to be ‘pawned’, and that carries a sense of self-disgust.

What is the want in this landscape? Right here are preconditions for superstition and conspiracy-type thinking. Rather than the terror-horror of feeling both helpless and responsible, an alibi presents a luminous option. Such an account occludes personal culpability and channels self-condemnation into righteous anger. Conflicted complexity is hard to hold. Containment, simplicity, these are imperatives in moments—times?—of volatility and danger. The prospect of affiliation offers much in this circumstance. If those who offer closeness—in the club house, in an encrypted chat room—are convinced, and convincing, there is an attraction to joining such company. Unsoiled rather than shamed, we are together. And there is safety in numbers. No one gets to be singled out. The anti-vax crowd are a case in point, but they are only an example of a kind. Whichever conspiracy theory you sign up to, there is a kicker: you get to feel superior to the rest of us.

George Elliot’s narrator in Middlemarch tells the reader: ‘A human being … is a very wonderful whole, the slow creation of long interchanging influences’. It follows that, even if the above articulates something of the intra-physic staging that underpins the rising towers of paranoid, fractionated thinking we are witness to, perforce much more is left out. Most crucially, an intra-physic account omits the fact that a material condition is co-creating this rising Tower of Babel: we face a darkening future. An awareness of this condition is increasingly explicit; this knowledge is foregrounded in mainstream novels like those of Sally Rooney, for instance, and it is a clear motivation behind the popularity of dystopian fiction. If not overt, this knowledge is implicit in the mass upwelling of fear and despair, anger and meanness, that official talk about the importance of being focused and having one’s own goals, of being resilient and open to inspiration, only papers over.

Who does not know that COVID-19 is, and will remain, a rolling disaster, that climate collapse is happening now, that social and economic inequality are accelerating? More or less consciously, we know that relationships are increasingly transactional, that me-first thinking—the idea that homo homini lupus est (‘man is wolf to man’)—has become official propaganda, that we are hosted within increasingly coercive technologies, that trust in those in authority has largely broken down. All this, and more that worries, is the new normal. It requires magical thinking not to know what this darkening trend means for our hopes and dreams, for the promises that were made, for the idea that the best is yet to come. To be sensibly upbeat about what is coming round the corner is a big ask. Much easier is to sum it up and say, ‘It’s not my fault. We have been cheated’. To be emotionally literate, to reflect on and to act in relation to judgments about my degree of agency in the formulation of the situation and response are far harder tasks.

Among a larger set, this task is impacted by the extent to which the process of globalisation has generated rage and powerlessness: whose head is not undone that Australia is donating—literally giving away—a massive national fossil-fuel asset to –Chevron, Shell and Exxon-Mobil? One of the world’s biggest resource-extraction projects—the non-renewable Gorgon gas venture in Western Australia—will deliver no tax benefit to Australia, even as the production process generates an extraordinary volume of destructive emissions and immense profits to foreign investors. Like the $100-billion submarine debacle, that this unconscionable ‘deal’ is being sanctioned by those in authority does any thinking person’s head in.

Feeling helpless against the forces that create such insanities produces rage. This is all the more true if time seems to be running out, if the tunnel is narrowing and the light is darkening. In their violent incoherence, anti-vaxxers are, from the standpoint of group analysis, a whack-a-mole expression of a more general distemper.

Feeding into this inchoate state of transgression is a cross-current of vectors: our knowledge of impending climate catastrophe, the disavowed madness of the economic system, the danger and transformative power of COVID-19, galloping I-centredness, social fragmentations, and more. This welter of concerns raises the deepest anxiety.