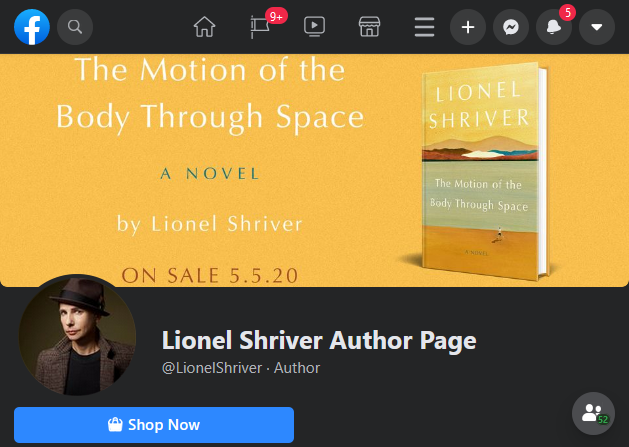 Reasons to dislike Facebook are not hard to find, but its recent censorship of the iconic image of Vietnamese girl Kim Phuc (running from a napalm attack on her village) was a gift to critics of the social media platform. When author Tom Egeland posted an image of the ‘Napalm Girl’ alongside other photos that ‘changed the history of warfare’, Facebook removed the post, citing community standards about images of naked children. Egeland’s subsequent posts about the photo were also removed. Norway’s largest newspaper reported Egeland’s story (using the photo in question), only to find its coverage also deleted from Facebook. It took an open letter from the newspaper’s editor and pressure from print media around the globe to force Facebook to reinstate the photo. Facebook’s ban on a historic image considered important in mobilising anti-war sentiment because it couldn’t distinguish between photojournalism and pornography, and its subsequent censorship of any discussion of this decision, did nothing to assuage fears of its growing power and lack of judgement.

This incident invoked a neat opposition between old and new media. Newspapers, humanist in orientation, rely on an editor to make decisions about public responsibility. The banning of ‘Napalm Girl’ nostalgically invoked a time of 1960s/70s social activism and agenda-setting decisions by the media. By contrast, new media removes the human element (and the humanist politics), using algorithmic software to decide what information is accepted or rejected from its domain. There are scores of examples of Facebook’s arbitrary censorship—Holbein’s study of a human hand and a photo of Rosa Parks were excluded around the same time as Kim Phuc’s image. This opposition between humanist and technologised judgement, however, doesn’t entirely hold up. Newspapers are increasingly automating editing functions and outsourcing labour offshore, while Facebook relies on an army of low-paid workers in the Philippines to screen incoming data.

There is no doubt, though, that a powerful shift has occurred with media technologies like Facebook. As important as editorial decisions and questions of censorship might be, the most crucial change lies in how new media technologies constitute their audience. The customisation of virtual communities, targeted newsfeeds and the mining of personal data for advertising all contribute to a breakdown of public culture so that difference and diversity is filtered out of individuals’ media worlds. This privatisation of social life is a wider phenomenon than Facebook, evident in the decline of public spaces, the substitution of markets for publics, user-pays systems and so on, which all reshape what ‘public’ means. Any discussion over free expression needs to account for this broader situation today in which communication takes place and ask what free expression as a principle is intended for. Without it any discussion of free speech and creativity remains abstract and politically sterile.

This was evident in the recent controversy around Lionel Shriver at the Brisbane Writer’s Festival. Shriver’s keynote address, delivered wearing a sombrero (referring to an incident at a US college where students were reprimanded for cultural insensitivity) was targeted at ‘cultural appropriation’—the criticism of using symbols and knowledge from other cultures without respect or permission. Mocking the identity politics of US colleges and institutions as well as political correctness and ‘safe spaces’, Shriver defended the practice of authorial creativity: the ‘trying on of other people’s hats’. She argued that if the censure upon cultural appropriation were taken to its logical conclusion then fiction would be finished: writers would be unable to depict characters outside of their own identity group. The result would be a form of censorship as capricious and arbitrary as Facebook’s.

Shriver’s criticism of identity politics caused Yassmin Abdel-Magied to walk out in the midst of her address. Abdel-Magied then composed an online piece, reprinted in the Guardian, where she described Shriver’s speech as ‘a poisoned package wrapped up in arrogance and delivered with condescension’. She claimed it amounted to ‘a celebration of the unfettered exploitation of the experiences of others, under the guise of fiction’. This incident subsequently went viral, spawning opinion pieces in major papers and discussion on social media. It was cast in polarised terms: white privilege versus minority PC; creativity versus oversensitive censoriousness; baby-boomer humanism versus millennial identity politics. Such oppositions are by now well rehearsed, with neither side interested in engaging with its opposite.

For all her mockery of the shrillness of PC, Shriver’s argument bordered on hysterical exaggeration. There’s no dedicated movement to deprive best-selling writers of their imagination or income. Indeed, the worst evidence Shriver cites is a negative review of her recent book—she seems as sensitive to criticism as those she mocks. Like many proponents of free speech, she stands not against structural or institutional power but against largely imagined or exaggerated enemies of cultural expression. For a writer who advocates fiction writing as a practice of empathy, she makes little attempt to ask where identity politics comes from—it merely exists as an absurdity to be mocked.

Yet Abdel-Magied’s response to Shriver seems worse: an anti-politics defined by offence. By basing her response on her capacity to be wounded (to walk out rather than engage), Abdel-Magied privileged emotion over argument. And while her desire to allow minority voices to represent themselves connects to older critiques of colonialism and orientalism, the cultural and historical dimensions of those critiques are reduced to the individual right of minority authors to participate in the cultural economy. In defending the critique of cultural appropriation, Abdel-Magied made no distinction between different forms of appropriation—fiction (an imagined other), journalism (actual persons)—and we are never told who might grant permission for stories to be told or under what conditions this might occur. The festival organisers’ reaction to Shriver’s speech exemplified this anti-politics. Responding to Abdel-Magied and other criticisms, they hastily scheduled a ‘right-of reply’ session to Shriver at the same time as Shriver was launching her book, ensuring debate would never take place. They took down all references to Shriver’s talk from the website, an own goal affirming Shriver’s fears about being censored.

Shriver’s targets—political correctness, over-sensitivity, safe spaces and so on—are easy to mock and her talk has been a rallying cry for free-speech advocates across the political spectrum. But such free-speech triumphalism is often blind to the workings of power. One might think here of Charlie Hebdo cartoons and the distinction between mocking the weak and mocking the powerful. Moreover, those who denounce political correctness in favour of creativity and the imagination seem oddly unimaginative when it comes to understanding where the ‘other side’ comes from. They simply never ask what the conditions are that have allowed political correctness, criticisms of cultural appropriation and so forth to take hold.

First, while there are clear limits to a politics based on the real or imagined harm of words and images, such that the capacity for robust debate within the public sphere is diminished, it is worth recognising that something has changed in a world increasingly constituted through information. Speech acts have a more material effect under conditions where identity and meaning are primarily made via images and media. As abstract relations to others become more dominant, it is not surprising that the words and things that generate those relations have a different impact than in settings where face-to-face relations were more central. This is not to embrace the new political correctness but to understand how its politics reveal a change in our relation of self to the world when it is constituted through media technologies.

Second, while it is easy to mock things like trigger warnings and culturally safe spaces—how they shield the subject from threatening stimuli—they did not arise from nothing. We ought to consider how ‘safety’ has become a key feature of post-9/11 society and forms part of a legitimating discourse of politics. In this sense the desire for safe spaces works to personalise a discourse already out there. Rhetorics of surveillance and security are continually invoked to promote community and individual safety. Terror warnings are adjusted and broadcast on a regular basis. Contemporary liberal societies are a contradictory mix of liberty and barbarity—pro gay marriage but happy to confine refugees to camps and ban Muslims in the name of preserving our freedom. In this confused and contradictory landscape, safe spaces are merely a variant on an already existent theme that works to keep individuals safe by excluding others.

Finally, given the continuous streams of contemporary media and information, it is not surprising that people manage their lives through filtering out the unwelcome or threatening. Identity politics mimics the dynamics of many online communities, where identity is confirmed though connections with those like oneself and the rejection of difference. The tribalism of identity politics reflects the hermetic environments of digital spaces where sameness is affirmed over difference.

To attack arbitrary censorship, political correctness and identity politics is useful where such practices retreat from politics and preclude the ability to conduct debate within the public sphere. However, to counter this with a naive celebration of creativity, free expression and the imagination is to ignore how such sentiments arise within the same conditions of digital capitalism. The PC millennial activist shielded by safe spaces, and posting in digital communities constituted through sameness, is merely the flip side of the autonomous author whose fetishised powers of imagination work detached from all material conditions. Such opposing positions are not simply philosophical principles, as Shriver and Abdel-Magied would have it, but the result of the digital and economic culture that shapes us all.