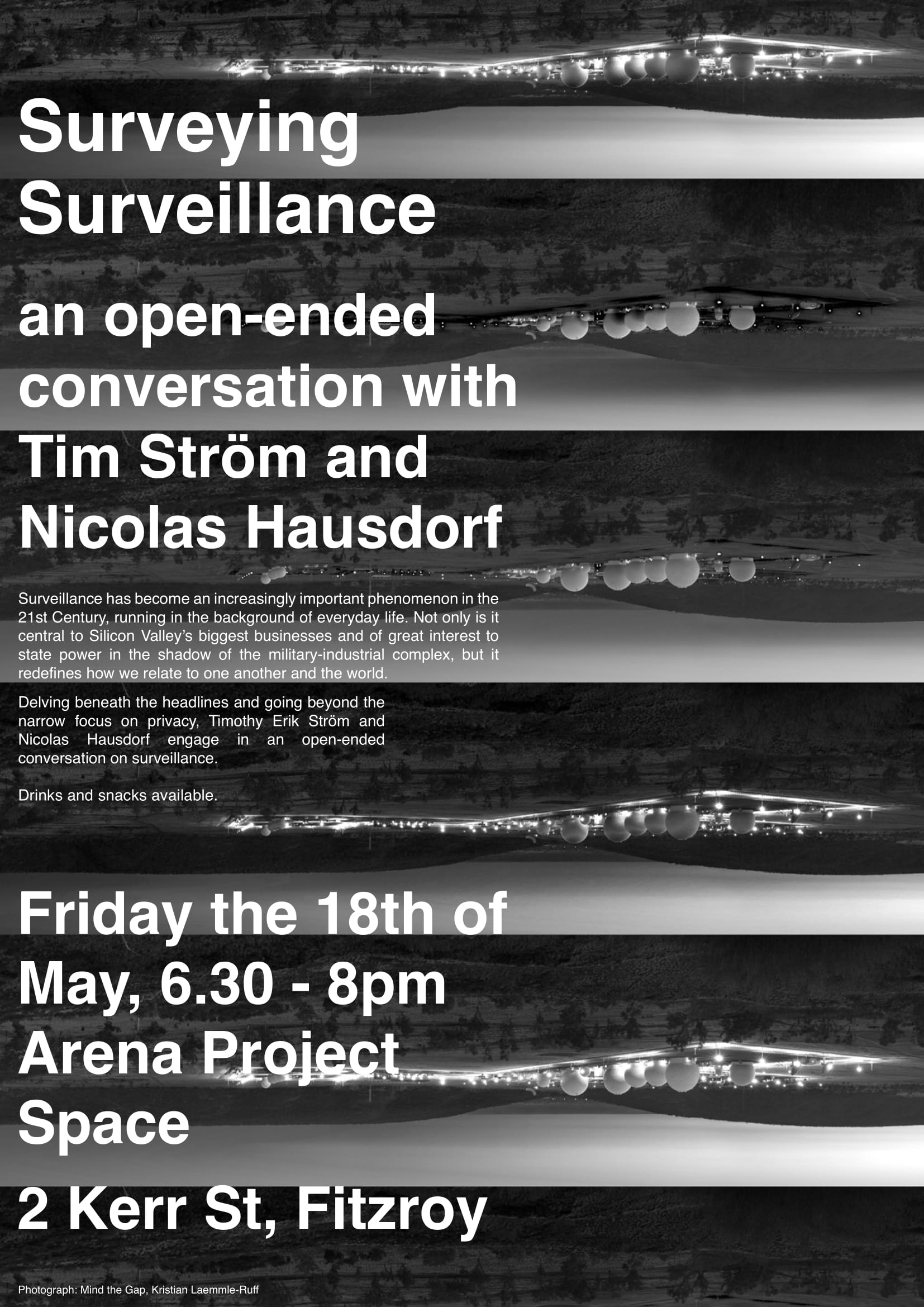 Surveillance has become an increasingly important phenomenon in the 21st Century, running in the background of everyday life. Not only is it central to Silicon Valley’s biggest businesses and of great interest to state power in the shadow of the military-industrial complex, but it redefines how we relate to one another and the world.

Delving beneath the headlines and going beyond the narrow focus on privacy, Timothy Erik Ström and Nicolas Hausdorf engage in an open-ended conversation on surveillance.