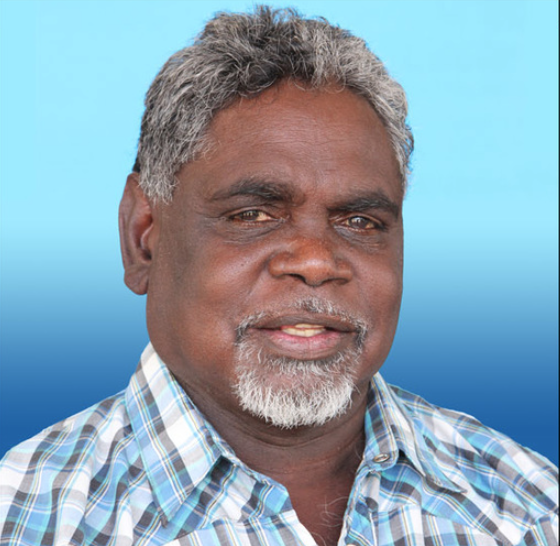 Meet and hear Yingiya Mark Guyula, a Yolŋu Elder of Arnhem Land, who has been endorsed by the Yolŋu Nations Assembly as an Independent candidate to enter the Northern Territory Parliament.

Prof. Jon Altman Deakin University, Vic, will speak on the deteriorating policy directions in the NT.

Adam Frogley Taungerong man, of Healesville, will update us on Victorian calls to Treaties.

RSVP: ASAP or March 11th to Pia (contact info below)

Yingiya is an Indigenous man from the Yolŋu people group, Djambarpuyŋu nation and the Liya-dhalinymirr tribe. He is an indigenous language interpreter and experienced cross-cultural educator, recently working with Charles Darwin University as a senior lecturer in Yolŋu studies. Yingiya is also a highly skilled social organiser and unifier demonstrated in his recent position as an East Arnhem Support Worker with the Northern Regional Council of Congress (the indigenous presbytery of the Uniting Church Northern Synod) and in his role as a Yolŋu Nations Assembly spokesperson. Yingiya first trained in aircraft maintenance and was the first Yolŋu person to get his pilot licence.