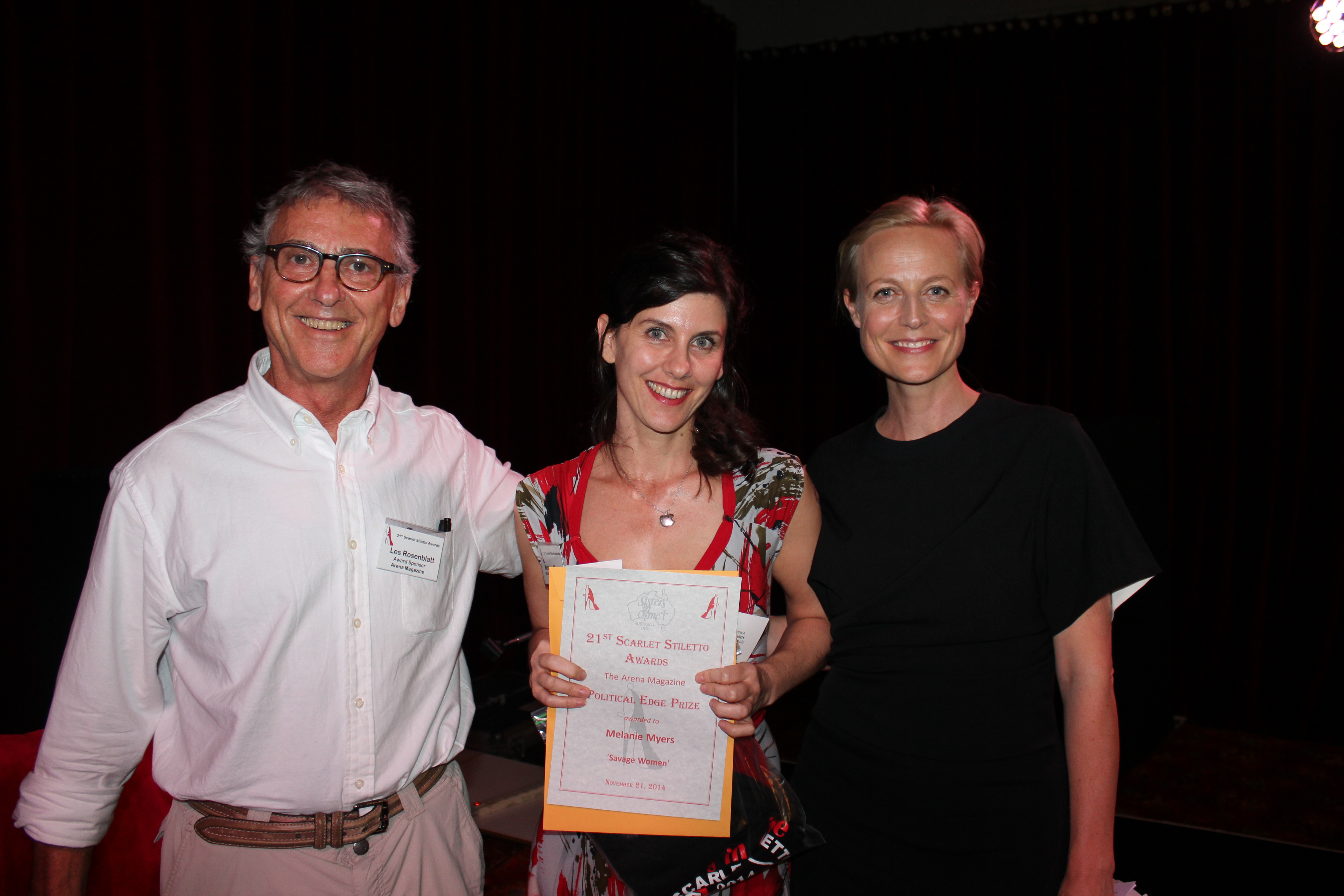 A record $9350 is up for grabs—up $650 from last year. Stories must have a crime or mystery theme, a female protagonist and a female author. The awards are amongst the richest short story competitions in Australia.

Every Cloud Productions, the producers of the internationally-acclaimed
crime drama, Miss Fisher’s Murder Mysteries, has just added another feather to its cloche: sponsorship of the $1500 first prize.

Fiona Eagger, who produces Miss Fisher’s Murder Mysteries with Every Cloud’s co-founder Deb Cox, said that they were only too delighted to support women’s literary talent of the criminal bent.

“We’re huge fans of the crime genre. Miss Fisher’s Murder Mysteries is based on the path-breaking novels of Kerry Greenwood, a founding member of Sisters in Crime back in 1991. Essie Davis, who plays our twenties’ sleuth, Phryne Fisher, presented the Scarlet Stiletto Awards before a capacity crowd in 2013. The year before, the costume designer, Marion Boyce, and Kerry did the honours,” Eagger said.

“Sisters in Crime members have been some of the most ardent fans of our show and led a campaign to persuade the ABC to commission a third series. So there’s a certain synchronicity in Every Cloud offering more direct support to the Scarlet Stiletto Awards.”

“We’re on cloud nine. It’s the first time the Scarlet Stiletto Awards have
secured the support of a television production company. The fact that it’s
the producers of Miss Fisher’s Murder Mysteries, a show so loved and admired by our members, makes it even more thrilling,” Lobb said.

“We’re also excited that Echo Publishing, the new adult publishing wing of The Five Mile Press, is the sponsor for 2nd prize ($1000).

The overall winner is also presented with the coveted trophy, a scarlet
stiletto with its steel heel plunging into a perspex mount.

Melbourne’s Athenaeum Library is again offering a prize of $1000 and a
runner-up prize of $500 for the best short story that includes the words
‘body in the library’.

Arena Magazine will publish the winning story in its category.

Lobb said Sisters in Crime was delighted with the increased prize money but, most especially, with the success of the awards in unearthing so much literary criminal talent over the past two decades.

“The great variety of awards on offer should appeal to all sorts of
different literary sensibilities, from the cosy and romantically inclined to
the hard-boiled and speculative,” Lobb said.

The 22nd Scarlet Stiletto Awards are tentatively scheduled for 6.30pm
Saturday 28 November at the Thornbury Theatre in Melbourne.