Religion in a Secular Age? The Struggle for Meaning in an Abstracted World 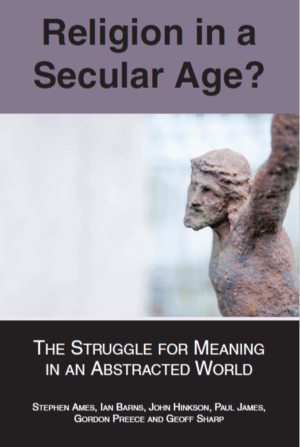 The world is in a mess. Democratic institutions and practices are being hollowed out from within, including from within supposedly mature liberal democracies. A series of cross-cutting crises challenge the bases of existential meaning. In all of this, religion has an ambiguous place. Entrenched civil conflicts, fuelled by modern cleavages, are, for example, being fought in the name of deep ethnic and religious animosities. Religion, or to be more precise, one religious creed — Islam — is being used to name the reason for the militarization of public security and border control. And in a world of fractured communities, inter-personal conflicts, culture wars, and crises of meaning, religion is treated as everything from part of the problem to the source of our salvation.

Different people across the world — religious, spiritual, agnostic, secular, atheist, and otherwise — find themselves vacillating between hope and despair.

In this context, Religion in a Secular Age? seeks to answer a series of pressing questions. What does it mean for the place of religion? Can the revival of religion be a positive and constructive force in relation to overcoming the morbid symptoms of late modernity?

To these questions, the different writers of this volume have very different answers, even as they struggle in common with a world in crisis.

Introduction: Whither Religion in a World of Compounding Crises?