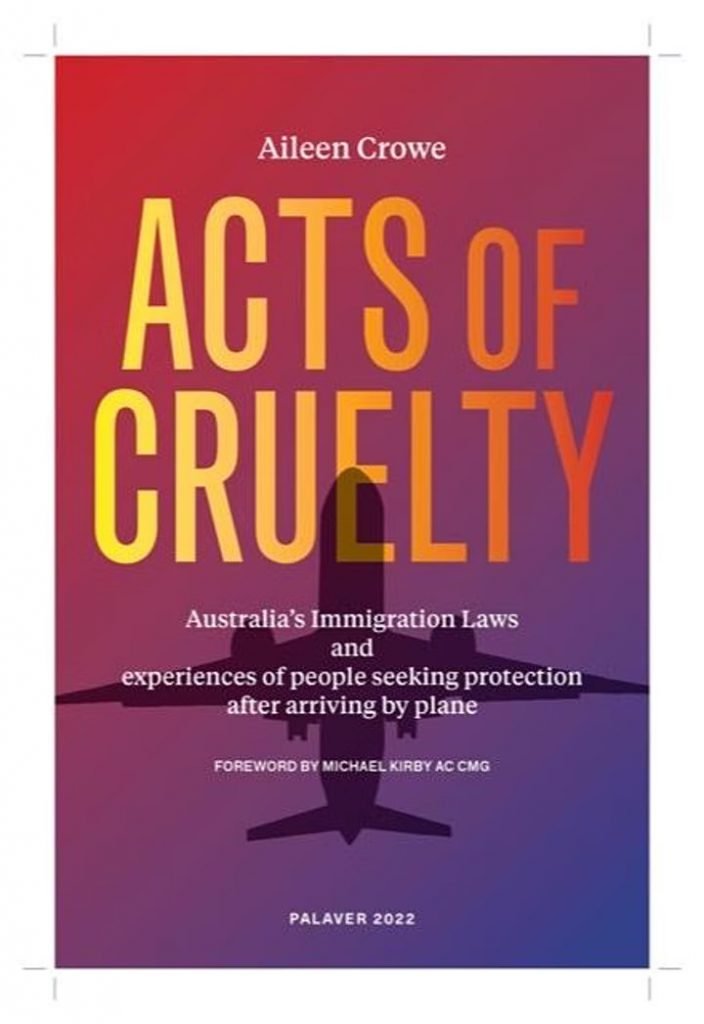 All Australians know about our off-shore indefinite detention of ‘unauthorised maritime arrivals’ seeking asylum in Australia. It was a point of pride of former prime minister Scott Morrison that as minister for immigration he conceived and implemented Operation Sovereign Borders. OSB offered no path to Australia for anyone —refugee or not—who tried to enter the country by sea without a valid visa. This was politically sold to us as making Australia safe, upholding our threatened sovereignty, refusing to be blackmailed by deceptive and poor economic immigrants who sought to free-ride on Australia’s generosity, and as fighting those sub-human traffickers in opportunism and desperation, the people smugglers. Scott Morrison succeeded in making Australia so unattractive to anyone who might consider the enormous risk and cost of trying to get here by boat that he effectively stopped the boats. This, so Australians were meant to believe, was a great achievement. Morrison had protected us from scheming queue jumpers and made us safe from potential terrorists and criminals entering the country through the back door. So this shamefully defamatory, designedly cruel, inhumane, expensive, highly militarised, secretive and uncompromisingly exclusionary policy settings towards ‘boat people’— spun in a supposedly compassionate direction as saving lives at sea—was trumpeted to the Australian people by our political leaders as a triumph of strong government . But this was not an achievement against a formerly soft and humane refugee setting in the immigration department. Morrison simply perfected the de-humanising, anti-refugee and xenophobic immigration trajectory started in the 1990s, which remains with us to this day.

Australians know about Nauru and Manus Island. But it is not as well known that the very same animosity towards ‘boat people’ (supposedly for violating our national sovereignty by virtue of how they sought to arrive in Australia) applies to all people making refugee claims after they have arrived in Australia, with visas, and by authorised means.

Aileen Crowe’s book Acts of Cruelty. Australia’s Immigration Laws and Experiences of People Seeking Protection after Arriving by Plane looks at the negating system of immigration laws and policies faced by refugee claimants who appeal to Australia’s commitments to the 1951 UNHCR Refugee Convention. In this book Sister Crowe looks only at refugee claims made by people who arrive in Australia by plane with a valid visa. This is a harrowing book, recounting the close personal contacts Sister Crowe has had with the people who are ‘processed’ through an application system defined by the most shocking systemic failure of human compassion—a system that is cruel and unfair by design. And these people are already endangered, traumatised and vulnerable. It is an account that should make us all deeply ashamed of the sheer indifference to human need that our politics has promoted towards asylum claimants since the 1990s. It speaks of a dark and malignant sickness in the Australian psyche that only confession and repentance will heal. Without this healing we perpetrate further callous cruelties on those already afflicted.

The unfairness and inhumanity of our system is beyond adjectives. Parents of children may be excluded from working and children are required to pay fees no Australian child will pay to go to school, at the same time as they face a system of review that is designed to only pass a small minority of asylum claims as genuine. Already deeply traumatised people, who do not trust state power, are placed in re-traumatising contexts by immigration officials and they can be whisked off to a detention centre without being able to say goodbye to their family. Sister Crowe documents so many situations of systemic inhumanity and systemic unfairness that it is simply painful to keep reading.

This book is of profound importance. As a nation we must face the deep root of inhuman cruelty in our national psyche that our politicians so willingly exploit to advance their own power. A political sea change towards humanity in our immigration settings will only occur if there is strong political pressure from the people for change. We must be shocked. We must express how simply unacceptable such inhumanity is. We must stand alongside those who suffer at the hands of our government. Only then will change come. Read Sister Crowe’s book, be distraught, and get active for change.

Dr Paul Tyson is an honorary senior fellow at the Institute for Advanced Studies in the Humanities, University of Queensland. He works in an integrated manner across sociology, philosophy and theology. His recent books include Theology and Climate Change (Routledge 2021) and Seven Brief Lessons on Magic (Cascade, 2019).

Excellent Review and urgent call to promote it being read widely