COVID-19 and the Inconvenient Truth about Prisons 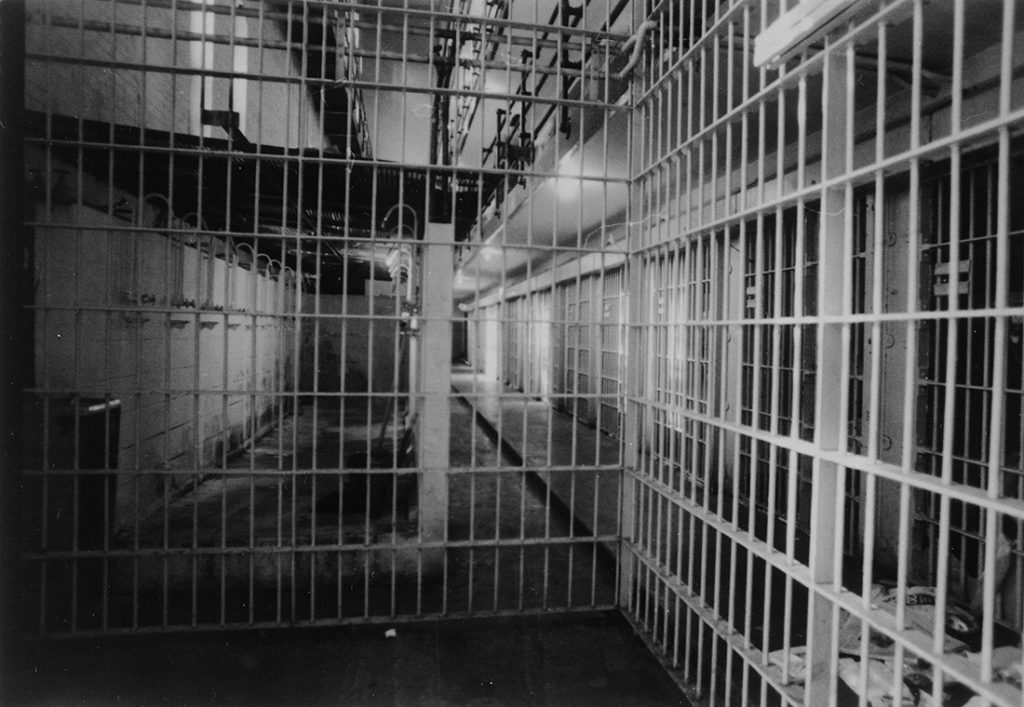 COVID-19 has brought the world to a halt. More than 100,000 people have already died. Health workers and hospitals are buckling under the strain. Physical distance and basic hygiene have become matters of life and death. COVID-19 ‘crimes’ are being policed and prosecuted. Fear and uncertainty are bringing out extremes – kindness and care, hoarding and hate crime.

For those suddenly unemployed, or trapped in violent homes, the effects are frightening and dangerous. We’re seeing problems—poverty, access to justice, public health—magnified globally. We’re being pushed to think about how we can respond to these problems locally. We’re acknowledging that community—and the health of our community—matters. The  pandemic thus presents an opportunity to rethink our assumptions, our values, our practices. The UN call for a global ceasefire—to create space for dialogue, to focus on common cause—begs us to ask: What are we doing? What can we do better?

In a recent article, What the Virus Said, ‘the virus’ declares:

coronavirus…offers us a chance to rethink the doomsday machine we have built for ourselves. Nothing could be worse than a return to normality.

These provocations have led us to reflect on the justice machinery we have built for ourselves.

Australian prison populations are at their highest-ever recorded levels. Prisoner numbers have doubled in twenty years, from more than 21,000 in 2000 to more than 43,000 in 2020. Over  thirty-five years, imprisonment rates have increased by 130 per cent. Annual spending on corrective services (including prisons) has risen to nearly $5 billion. Rates of reimprisonment across Australia (a proxy measure of recidivism) remain intolerably high at 46.4 per cent. Furthermore, increasing imprisonment continues, even while crime rates go down. This is most concerning when we think of who we imprison at the most disproportionate rates: Indigenous women, young people, and the not-yet-convicted.

In recent weeks, international calls to release prisoners have proliferated, with the World Health Organization foreseeing ‘huge mortality rates’ among prisoners, staff, visitors and the community as prisons are inevitably contaminated with COVID-19. Prisons across the globe have begun releasing prisoners—particularly those who are vulnerable, young, old or the near the end of their sentence—to reduce the impact of infection. In late March, New South Wales became the first Australian state to legislate for limited prison release to control the spread of COVID-19. We contend (controversially, perhaps) that despite our fears we will not be subject to crime waves across the globe, or mass social disorder. And that’s because prison is a confidence trick, a facade, an illusion of safety and protection. Prisons are a convenient lie.

If we recognise prisons’ porosity and community embeddedness and reduce prison populations to save lives, we must also recognise that prisons cause multiple harms, not only to those imprisoned but also to their families and communities. For every individual incarcerated, many more are affected. Children without parents, families without income. Traumas left unresolved. Victims left unheard. Those who violate others yet remain unaccountable. Institutionalisation and the violence of the prison erodes an individual’s capacity to function as a human being. This is the moment to stop and ask ourselves: What do prisons do? What do we expect prisons to do? Are these expectations realistic?

We expect prisons to keep us safe, protect us from harm, prevent crime, reduce violence. Prisons fail at all these things. They make us less safe, protect us only for a time, foment crime, and aggravate violence and its causes. We know that imprisonment does not reduce reoffending—in cases of family violence, for instance—and can have the opposite effect. When we punish one individual, we end up punishing many. This is because the problems that we ask prisons to solve—drug-related crime, alcohol-related violence, family violence, sexual abuse—are community problems. They relate directly to the health and well-being of the whole community.

COVID-19 gives us the opportunity to focus on building our communities’ capacity to deal with conflict, friction and fear, perhaps even reconcile ourselves to the inconvenient truth that prisons fail us. This crisis has revealed numerous examples of communities coming together to assist the vulnerable. Online communities have become sites of grassroots responses when physically showing up for each other isn’t an option. Apps such as Nextdoor allow neighbours to connect with each other, to leave groceries at the front door or pick up prescriptions. Through the app, people can print out flyers for elderly neighbours who might not be on the internet. Might such technology facilitate community-building in ways that can also boost our collective immunity to conflict, crime and violence? Might simply connecting with each other, helping each other, strengthen our capacity to reduce harm within and between our communities?

Calls to release prisoners exemplify the community looking out for its most vulnerable. Our justice system routinely jails people who are unwell, cognitively impaired, homeless, unemployed, and living amid entrenched poverty and disadvantage. Prisoners as a group show much higher rates of mental illness, chronic/communicable disease, acquired brain injury, and high-risk alcohol and drug use than the general population. People leaving prison need access to employment, housing and other support to maintain their health and reduce their likelihood of returning to prison. Improving the health and well-being of prisoners thus benefits the whole community. But can prisons do this rehabilitative work? And can they do it alone?

Given that they symbolise and reproduce violence, prisons can never work to reduce violence. Rather, as the centrepiece of our justice system, prisons are ‘structurally implicated in metastasizing the causes of crime’. To rethink how we can respond to the harms of crime and violence effectively we must think outside, beyond and upstream of the justice system, to do justice differently. We need to work together—as individuals, families and communities—to protect ourselves from the worst of ourselves, from the harms we cause each other. We must acknowledge the uncomfortable truth that holding each other close (albeit at a social distance) may be the only way we can hold each other accountable. We need to think beyond ourselves as individuals, to understand that we are connected, interdependent; we are community.

So, what? The inconvenient truth about prisons—that they fail us, harm us—has become a painful reality. COVID-19 gives us an opportunity to change. It invites us to connect, communicate and participate in justice-making, to challenge our mistaken belief that we can incarcerate our way to safety. It urges us to rethink our justice machinery, to acknowledge that community problems require community solutions. We have plenty of restorative, therapeutic, healing, diversionary and community-based alternatives. We have an opportunity now to expand these, to embrace prehabilitation as a way of strengthening communities, to protect against prisons’ dehumanising and harmful effects, to reduce our reliance on imprisonment as a supposed crime-reduction strategy. Let’s take this chance. Let’s make justice together. As Arundhati Roy insists: ‘Nothing could be worse than a return to normality’.

DEDICA-20 comprises three Australians working together as co-producers of criminal-justice knowledge: two never-imprisoned academics and one formerly imprisoned non-academic. We choose to amalgamate and anonymise our identities to represent our dedication to the idea of producing together, as equals.

So well written so true

So well written. I worked in the system for 14 yrs transitioning inmates into the community prior to release. Some people that work in the system think they are judge and jury. Some are worse than the prisoner. Look at Sweden and their system it’s about helping these people turn their lives around and that works. People on the inside are human beings most already broken so why try to break them more Then think they can be released as a better person. No wonder they struggle and find it hard to survive.

Much needed commentary on Australia’s prison and justice system. It’s time to make a change!

Great work from a wise trio, however you can’t leave it there! You’ve identified this issue can you work on a remedy for recommendation? Regards Mike

This article says it all,
The criminal justice system around the world needs a complete overhaul-we need to think why we are imprisoning a person – it should be a last resort !! – and only when all other avenues have been exhausted.
There is some great work in some prisons to help rehabilitate people
But the system is inconsistent
And the probation care is again inconsistent, of little guidance and support for some.
Treat the cause -not the symptom and less people will end up In front of a judge.
Refocus – rethink -reform the whole lot of support services