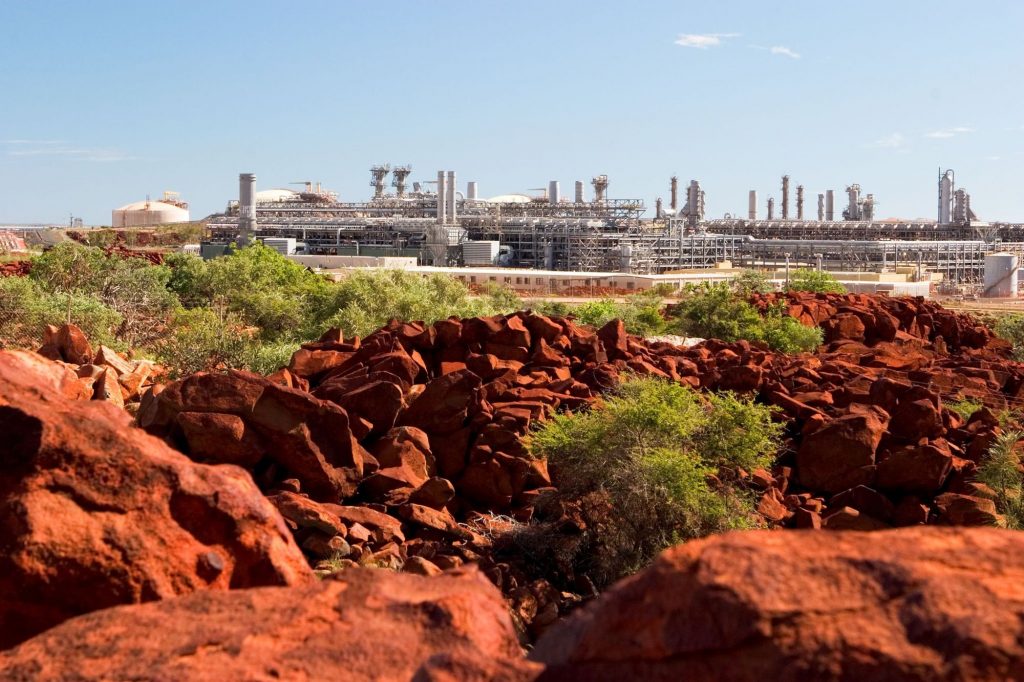 It seems like Australia finally got its ‘climate election’.

‘We have an opportunity now to end the climate wars in Australia’, pronounced Anthony Albanese on election night, but it seemed like very wishful thinking. He’d hardly mentioned climate change over the previous six weeks, hardly had plans to address it, and had won government with a historically low primary vote, with seats going to Greens and independents who’d campaigned hard on the issue. Albanese’s ‘small target’ campaign strategy has left him with limited options for serious climate action, given his reluctance to pay for it by increasing taxes on billionaires and big corporations.

The climate wars seem bound to intensify, given that the systemic transformation needed to address our climate and ecological crises is not on offer. At the grassroots of the climate movement, activists are preparing to fight.

Last month, Perth-based Woodside Energy merged with BHP’s oil and gas division to become one of the world’s largest fossil-fuel companies. Woodside has plans to expand its Burrup Hub facilities on Murujuga Country in WA’s Pilbara by exploiting new offshore gas fields and building an additional processing facility on the Burrup Peninsula. The Scarborough gas field, the first step in the expansion, has become an emblem of fossil-fuel excess. After the election, former WA Liberal Premier Colin Barnett said that Albanese’s government couldn’t meaningfully act on climate change while ‘the emissions out of Scarborough dwarf everything else’.

Preservation of Aboriginal cultural heritage is another major, and related, concern in the resource-extraction state. In WA and across the world, many were disturbed by Rio Tinto’s destruction of the Juukan Gorge caves in 2020. Two years later, despite a Senate enquiry and changes to the state government’s Aboriginal Heritage Act, there are still grave concerns for heritage sites in Western Australia. At Murujuga, Traditional Custodians are fighting for protection of their rock art which is more than 40,000 years old. It’s at risk of degradation caused by industrial emissions from existing industry, Woodside’s Burrup Hub expansions, and a planned urea plant which will use gas from Scarborough. A local, Traditional Custodian-led campaign, Save Our Songlines, is challenging the expansion of industry on the Burrup Peninsula on both cultural and climate-related grounds.

At a press conference two days after the election, McGowan said, ‘I would expect that climate change is going to be one of the things that I work cooperatively with Anthony Albanese’s government on. I want us to take more action on that.’ Always careful to speak clearly to the mainstream, McGowan was signalling that he knew climate was something voters cared about.

McGowan was stuck in Labor’s big dilemma. The party has promised the electorate meaningful climate action but is too thoroughly captured by fossil-fuel capital to make it happen.

A similar dilemma exists when it comes to Aboriginal heritage: Labor has made much of its plans to implement the Uluru Statement from the Heart, but how serious can its commitment to First Nations justice be without serious plans to offer greater protections to cultural heritage, including from energy and resources companies?

The only ‘Teal independent’ candidate that ran in WA, Kate Chaney, managed to unseat Liberal incumbent Celia Hammond in the well-heeled seat of Curtin, traditionally one of the safest Liberal seats in the country; much of her campaign revolved around climate. Chaney, whose father, Michael Chaney, was once the Chair of Woodside, was careful not to take a position on individual fossil-fuel projects during the election campaign. She advocated for an end to government subsidies and a market-based approach, rather than cancelling new developments as a first step to leaving fossil fuels in the ground. While such a plan might make some of the 114 planned fossil-fuel projects in Australia less viable, Scarborough and other climate-wrecking projects are too far progressed for such adjustments to have an impact. Some Chaney voters might find themselves disappointed with such tinkering.

For the climate movement, things have changed: there’s now a sense that Australians really do want climate action, yet still a lack of sufficiently ambitious policy on offer. There’s a risk of losing momentum from complacency, but also a huge opportunity to engage with those who voted for climate but won’t see the meaningful action they desire.

Back in 2019, those heady days when Greta Thunberg was rising to international fame and early Extinction Rebellion actions were disrupting cities throughout the world, it seemed the global climate movement was transforming the world in meaningful, far-reaching ways. In WA, it felt pivotal when 13,000 people marched in the September School Strike 4 Climate. I’m sure that period was influential: the recent election result must have been partly shaped by that activism. But there’s no denying that momentum has stalled. In WA, since at least the beginning of the pandemic, it’s been hard to gather numbers in meetings and on the streets.

An immediate task for the WA climate movement is to grow. The question is, to what ends? We need to offer an inspiring vision of what change could look like.

The example of the Queensland Greens, who won three House of Reps seats through genuine grassroots engagement and community organising, is an instructive one for all of us doing climate politics, electoral or otherwise. Building community gardens, helping in the aftermath of the floods, and coordinating food distribution to those in Covid isolation, the Greens showed people that they didn’t just want more ambitious climate targets; they wanted to be part of thriving communities that were resilient to climate impacts. The broader climate movement can grow by getting better at organising with communities and building networks of trust, especially beyond our existing cultural bubble. That will also help us build the alternative structures we’ll need to address our crises.

Woodside has made its way into sporting clubs and community spaces throughout the state by paying big bucks to have its logo plastered everywhere. Climate activists can organise in these same spaces, with the advantage of being human beings who can build meaningful, respectful connections and reciprocal structures of support.

There’s a need to build alternative structures of distributed power, as well as a need to directly challenge fossil-fuel companies and other agents of destruction. We need to remain oriented to big-picture objectives of systemic change, while also using a diverse range of tactics to address the immediate threats that must urgently be dealt. Ideally, when we address our pressing challenges, we do so in a way that also gets us closer to the new world we want to build.

The fossil-fuel industry won’t dismantle itself. We’ll need to fight hard and be disruptive. In WA, there’s a history of this. Direct action was crucial to the successful campaign against a Woodside development at James Price Point in the Kimberley in 2013. Similar targeted, sustained disruption is now required in the Pilbara to stop the Burrup Hub expansions.

We need to broaden the climate conversation beyond domestic reduction targets to further emphasise the climate costs of fossil-fuel expansion and our massive international gas exports. The recent surge in gas prices, causing energy cost hikes in the country’s east, has gone some way to doing this nationally, but also prompted industry claims that it’s in our best interest to increase production, rather than rapidly transition away from fossil fuels. In WA, which has a domestic reservation policy, increased gas prices have had less media focus and have largely been presented as an economic opportunity for Woodside and the state’s economy.

Vitally, the climate movement needs to look beyond a narrow technocratic focus on the energy transition to a broader view, taking in matters of climate and economic justice. One step in doing this is to build relationships of respect with Traditional Custodians and groups like Save Our Songlines, and follow their leadership in challenging exploitative colonial dynamics.

The global climate crisis will continue to escalate over the new government’s term. Temperature records will break, floodwaters will rise, fires will burn, and people will go hungry. I have a feeling we’ll have nothing but ‘climate elections’ from now on in. And every day the climate wars will rage on. To win, it’ll take more of us than ever before, out on the streets and in gardens, halls and homes, working for justice.

If production proceeds in the Beetaloo Basin, it will unleash a carbon bomb of huge proportions, and expose the Northern Territory’s environment and people to numerous other risks associated with fracking, including contamination of groundwater supplies, which make up 90 per cent of the Territory’s consumptive water use.