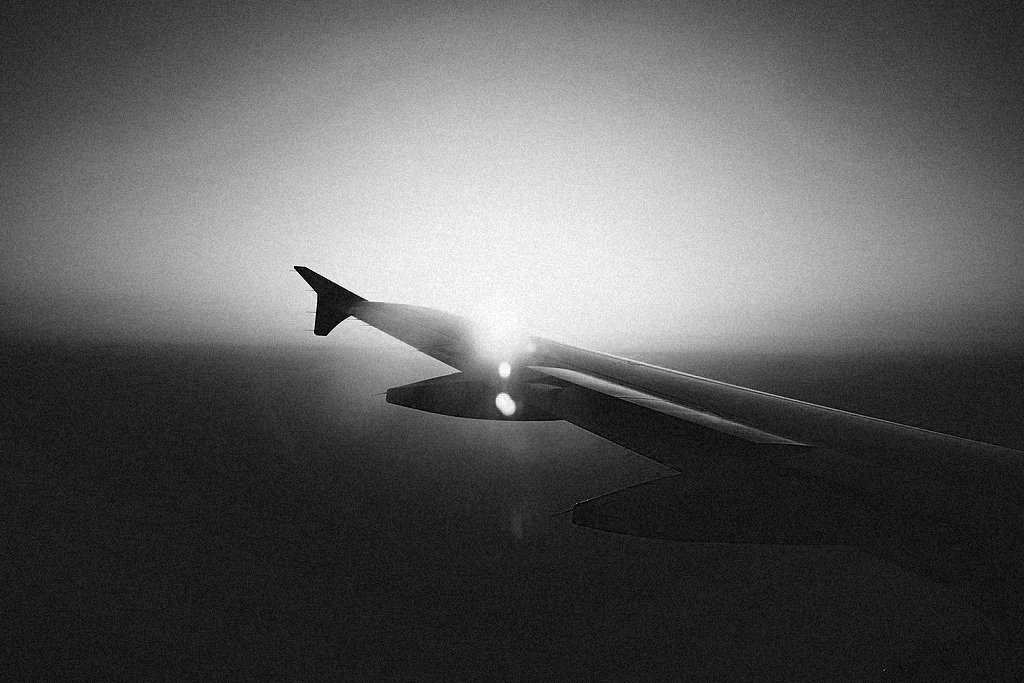 I recently visited the U.S. to see my ninety-three-year-old mother, whose slowly fading health prompted my trip. Concern about her condition had dampened my awareness of the coronavirus, which was advancing west from China to Iran and Italy as my flight sped east from Sydney. By the time I arrived, further outbreaks had reached as far as Seattle, though no cases had yet turned up in the upstate region of New York, where my mother lives in the city of Ithaca. Over the course of my stay, New York City reported its first cases, including a cluster in New Rochelle, a township in Westchester County just north of the Bronx.

Two weeks later, on the eve of my departure, the National Guard had been deployed to help maintain a cordon sanitaire around New Rochelle. Tompkins County, which has its seat in Ithaca, had reported its first positive test, and it was being widely reported that all regular flights to Australia from the U.S. would be suspended from 16 March. My return flight out of LAX was scheduled to depart at 11.10 pm on 15 March. Fifty minutes left a vanishingly small margin for error, but I made it back without incident or delay. Still, not till I saw the Sydney Harbour Bridge and, later, the industrial parks of Essendon slide beneath our wings did I feel assured of my return. Once on the ground, I was shooed home to self-quarantine in an anxious climate much changed from the mood I’d left behind on my departure.

I relate these details simply to frame the astonishing speed with which the novel coronavirus has insinuated its novelty into bodies, minds and societies around the world. On the one hand, its advent shrank my horizons on this trip to a daily shuttle between my sister’s house and our mother’s residence, where I spent each day chatting with Mom and reading to her. Computer screens and even the largest-print books now present confused blurs to her fading eyesight. In the back of my mind, that reversal of the roles in which we first got to know each other some sixty years earlier prompted reflection on all the befores and afters marked by this strange juncture in time.

From within the compass of my mother’s single room, we gazed out across a landscape of radically altered circumstance. Two days before I was due to leave, Mom’s residence was locked down, barred to all visitors, a necessity we’d seen coming, but still a stark sign of how quickly the coronavirus outbreak had overtaken even the most farsighted calculations. Between our subsequent phone chats, I was left to reflect on the pandemic’s further progress around the world and the uncomfortable prospect of being marooned in the U.S. with two pre-existing conditions of my own and a soon-to-expire travel insurance policy whose carrier had already announced, with grim predictability, that they would disallow any claims for illness or hospitalisation arising from the coronavirus.

That actuarial flinch from the suddenly heightened risk my situation presented was one more register of swift change. Many others began to accumulate, like a massive logjam, even before I departed. Super-sized American supermarkets were being stripped of paper goods and disinfectants in the first rounds of panic buying. Food staples soon followed suit: the long, refrigerated cabinets usually bursting with fresh meats next stood denuded of all but a few forlorn packages of tongue and pigs’ feet. Shoppers pushed one overloaded cart before them while trailing another behind.

Before and after: the world had flipped. The public wore distracted expressions as though preoccupied with ignoring the clang of a tin can labelled ‘normal’ that had just been kicked a long way down the road and not yet come to rest. Allusions to the psychic kick of the attacks on the Twin Towers and Pearl Harbor began to ruffle the media pool. My family had just begun to contemplate the prospect of a world without our mother. But that momentous passage got overtaken by a much wider re-alignment of the spheres, propelled by invisible bundles of self-replicating genetic material, a furious microscopic churn of viral generations outpacing those long lists of begats in the book of Genesis by many orders of magnitude. Things were beginning to look, as we say, ‘biblical’.

The scene on the ground in Ithaca had scarcely begun to register that realignment of spheres, beyond a round of supermarket disruption and inconvenience, lending the increasingly alarmed media bulletins an air of unreality. Financial markets were just beginning to teeter on the brink of the tumble they’ve since taken. Clearly a crisis was brewing, though it had scarcely begun to unpack its most confronting consequences. Still, the gut-punch the pandemic was already delivering to the supply chains, demand curves and the financial metabolism of world markets was crying out for us to sit up and take notice.

What exactly has been changing? On a fundamental level, everything: all our paradigms of connection and exchange are mutating as I write, from the most inconsequential social pleasantries up to the megalosaurian tectonics of macro-economic transactions. Everyday experience may never be the same again. Unlike Pandora, most of us haven’t yet peeped into the box. But there it sits on the table in the front hall, addressed to each of us individually and concealing its manifest of calamity, dismay and, way down at the bottom, hope.

No one really knows just how bad the situation will get: its interlocking dimensions of physiology, psychology, economics and politics will make its further advances both non-linear and unpredictable. Few signposts or touchstones will continue to offer their wonted assurances. From the familiar confines of our homes we will gaze out upon a world ‘all changed, changed utterly’. That vantage will, I suspect, prove both an existential challenge and a cognitive puzzle. How we respond to its provoking otherness will colour much of the world that will eventually emerge on the far shore of the waters we’ve only just now entered.

Fine writing – personal, political and powerful. But I don’t (as yet) share its poetic conclusion: ‘all changed, changed utterly’. It seems more than possible that, except for some disease-related national/international precautions, those with wealth and power now will have it still. Even, alas, Trump.

Thank you, June. You’re probably right, but I like to keep a small candle of unreasonable optimism burning anyway! I reckon at least that there are as-yet unglimpsed dimensions of this business that will spring all sorts of surprises.

No guarantees they’ll be welcome surprises, unfortunately! But here’s hoping . . .