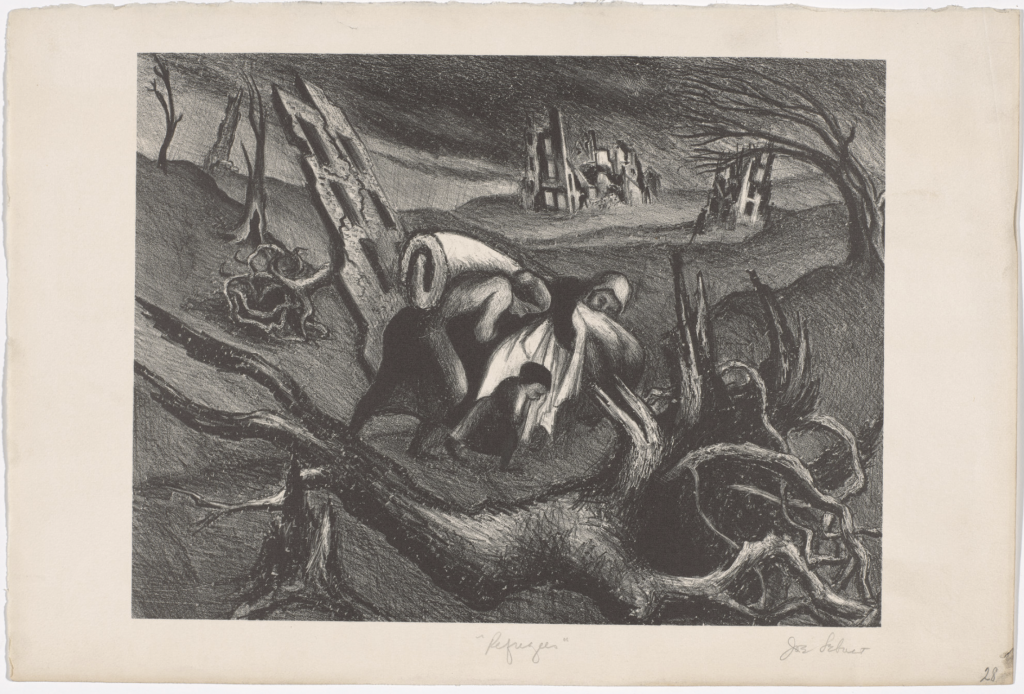 Bio: Domenico de Pieri, from Mildura, is a junior doctor working at Royal Darwin Hospital. He has a dream to one day make viable a practice of medicine that considers the whole person and the community they inhabit as a single entity, and to collaboratively generate ways of governing that lead away from preventable diseases.

The Darwin Fifteen have become the Darwin Nine in recent months, but this is not cause for celebration. Early in 2020, fifteen Iranian and Sri Lankan people, legally determined to be refugees, were transferred to a tiny compound adjacent to a popular resort hotel at Darwin Airport. About 200 metres separates the compound from the resort, where locals and tourists alike congregate in the tropical air to sip cheap faux-lagers by the pool and redden their noses under the biting Northern Territory sunshine. Most would not know that right next door a group of political prisoners is living out a miserable existence in the name of national security and stopping boats.

The refugees are restricted to an area of a few square metres behind a token schoolyard fence, little more than 1.2 metres high, with no razor wire. They are supplied with meals—macronutrients, in reality—and have little freedom to cook for themselves. Dinner may consist of a ham quiche, improperly defrosted and still cold upon being dispensed. Rice is often so watery it has the consistency of soup. Recently, a friend was granted permission to access the compound for a visit. She described one of the surveillance systems that are brought to bear on detainees: each week they are allocated 50 points to prove that they are of good character. If, for example, one is judged by guards to speak on the phone at ‘too loud’ a volume, the guards deduct from the 50 points. The total number of remaining points a detainee holds at the end of each week is reported to Border Force.

The fifteen have become nine, as two have returned to Nauru and four have been released—though this is a separate story. Suffice to say, as government policy becomes harsher and offers fewer social supports than ever, people are compelled to return to their country of origin, or search for a less desirable alternative destination. Thus, release is not a guarantee of a peaceful, well-supported existence. All fifteen were brought to Australia under the Medevac bill after having spent seven years on Nauru. The youngest, B—, was fourteen when he arrived in Nauru, and he turned twenty-one recently. They have been in Darwin for more than a year and their arrival went largely unnoticed.

The medical care the Fifteen were brought to Darwin to receive was never administered, with consults still in limbo. They have not been granted access to the public health service of their own free will; instead, private firm IHMS is contracted to facilitate basic medical care—and operate at a profit. This process is disjointed, and essentially the ‘patients’ inside have no choice, no alternative. They are suffering the complex effects of unmanaged illness, and have no agency in maintaining their own medical records, as much information is withheld from them. Every time a person is moved, they join the bottom of public waiting lists, should they be lucky enough to have been referred to a specialist in the first place. Meanwhile, Australia’s policy of indefinite detention has been recognised by the UN as a form of torture. We are adding irreversible psychological trauma to already highly fragile lives.

Each day the Nine are allowed—within the confines of the enclosure—to see members of the public, who gather for one hour at a 5pm vigil. For months, a small, slowly growing group of loyal supporters has been standing on the other side of the fence in solidarity with those otherwise hidden within. Organised by the Darwin Asylum Seeker Support and Advocacy Network (DASSAN), these gatherings take various forms and are intended to be both a means of keeping alive the hope of human connection and, to some degree, a thorn in the side of government. At each vigil the names of the refugees are spoken aloud, a small gesture that carries surprising weight. Conversations are free-flowing, and Farsi words meaning ‘freedom’ and ‘justice’ are taught (with much laughter surrounding anglicised pronunciations). Birthdays have been ‘celebrated’. There have been musical offerings, poetry readings, speeches and updates on political happenings.

A small number of City of Darwin aldermen attended the vigil and on Tuesday 13 April unanimously passed a motion to condemn the detention and call for the immediate release of the Nine. It’s not possible to say whether the new Home Affairs minister, Karen Andrews, who proudly stands for ‘infrastructure, business and veterans’, will take any notice. From the vantage of the fence, however, when one looks into the pleading, exhausted, yet ever hopeful eyes of those on the other side, their call for freedom is compelling at a visceral level.

Home Affairs recently met six peaceful DASSAN protestors at its Darwin headquarters and presented them with an arrest warrant for trespass. The staff inside would not face questions. Instead the protestors were referred to an online booking system, which is only for pending visa applications, not general enquiries. It was a back-and-forth farce. The situation suggests that our democracy is superficial, so degraded that it is its own arbiter. It works through silence and automated email responses. Write to the department and, after weeks, a nameless ‘Director of Immigration and Settlement Services’ will return an incoherent response that jumps from COVID-19 to the Second World War to the greatness of our immigration policy. It is electronically signed with a pixelated squiggle that cannot be deciphered even with high-calibre magnifying lenses. As in Robert Frost’s ‘Mending Wall’, this is a version of the chilling refrain, ‘Good fences make good neighbours’.

This government operates in secret, hoping that everything it does and does not do or admit to doing will be forgotten or ignored by the voting public. It stifles debate simply by not engaging, or by reciting from well-worn scripts. Frustration, anger and despair can be overwhelming in situations where the impassive face of government deflects attention from the human life that is at stake. This is where the daily group action mobilised by DASSAN is vital—this small-scale coming together keeps creative thinking and spirits alive, and is the fuel of transformative action.

Federal member for Solomon Luke Gosling made a speech in the lower house to alert the public to the distress being faced by the Darwin Fifteen. His speech received a few thousand social-media views, but no formal response from the Liberal Party. Most Darwin locals still do not know what is happening literally on the edge of their own neighbourhoods. The situation is replicated across many other Australian capital cities, where in the midst of pandemic-related tourism collapse, hotels such as the Kangaroo Central in Brisbane and the Park in Melbourne have been repurposed as detention centres.

If COVID-19 has enabled a shape-shifting approach to detention, this climate of intensifying political confusion, pernicious capitalism, self-interested individualism and fear of the foreign also provides a crucial moment to collectively reconsider what is at stake in our humanity. The federal government’s pandemic support package has shown that, contrary to its usual narrative, we can afford anything, to see things through an economic lens. So we can afford to welcome others who come to us in need, seeking sanctuary. Perhaps what scares politicians is that, in spite of inflicting years of suffering, in the words of one Christmas Island detainee, they will still be forgiven.

‘Not the Hilton’: ‘Vernacular violence’ in COVID-19 quarantine and detention hotels

The responses of returned travellers to their time in quarantine have rendered visible what has, for most of the Australian community, remained out of sight for many decades. …the experience of what being detained feels and looks like has been brought to light by media and social-media stories.

Domenico de Pieri, from Mildura, is a junior doctor working at Royal Darwin Hospital. He has a dream to one day make viable a practice of medicine that considers the whole person and the community they inhabit as a single entity, and to collaboratively generate ways of governing that lead away from preventable diseases.

Reading this first hand account of the suffering of refugees caused by our government, our elected representatives, is chilling. We are indeed torturing them for seeking sanctuary on our shores. I feel helpless just reading it, how must they feel after enduring 7 years of this inhumanity? It has to stop.