The Long Night Before Dawn: The Assange Appeal 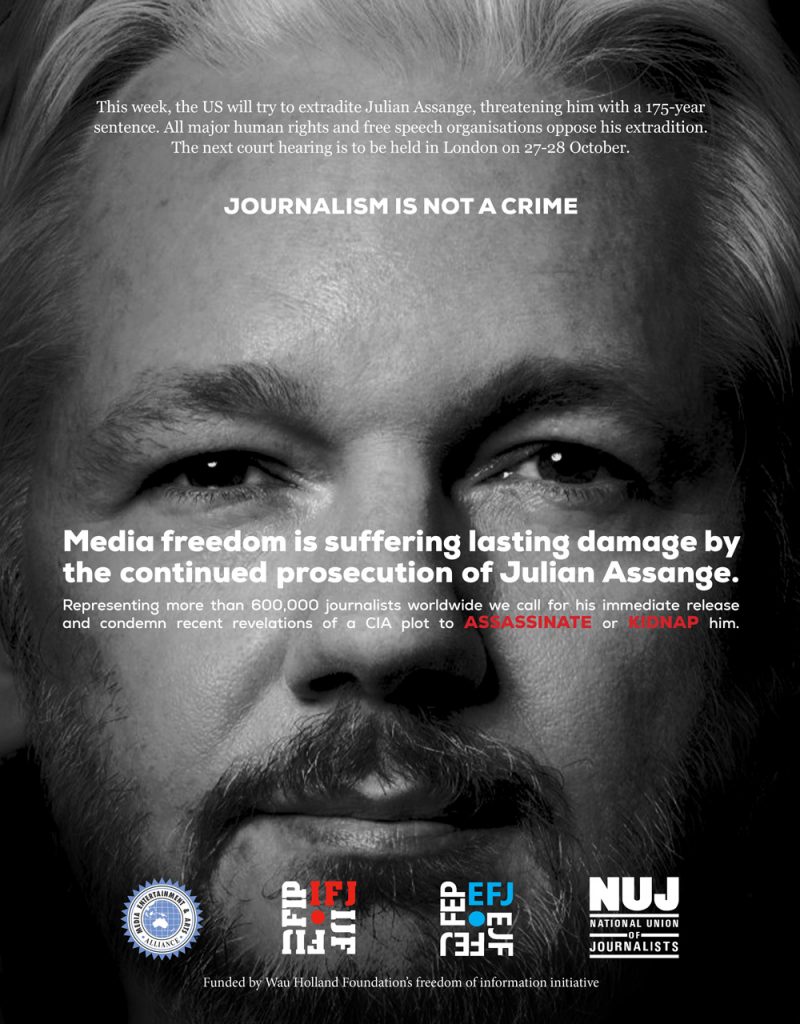 Julian Assange won his case against extradition to the United States on 4 January 2021. After watching the two-day appeal hearing in October, I believe he is likely to win again, defeating the US appeal to the High Court, with a ruling due before Christmas.

Given the already weak US case is suffering from several scandals, fuelling an ever-growing campaign, the Biden administration’s Department of Justice may not risk the embarrassment of yet another defeat in the Supreme Court in a case initiated by the Trump administration. Alternatively, the misuse of legal process to inflict punishment on Assange through endless delay could continue.

District Judge Vanessa Baraitser ruled against Assange’s extradition to the United States on grounds the extradition would be so oppressive it would drive him to take his own life.  This ruling makes the United Kingdom the only jurisdiction where he is safe from US extradition, and therefore the place he would be least likely to flee. Despite this, Baraitser agreed to the US request to keep him caged at Belmarsh maximum-security prison while an appeal on five grounds was prepared.

Assange was denied the right to personally attend the appeal at the Royal Courts of Justice in October, but he appeared briefly in the video room at Belmarsh, looming large on the screens of the seventy journalists and observers who tuned in—several of them from Australia on the 8pm to 2am shift. These additional ten months behind bars, on top of the ten years of arbitrary detention, have weighed heavily on Assange. He was thinner, and drugged, and he held his head in his hands while Crown Prosecution Service QC James Lewis, appearing for the United States, attempted to undermine medical experts’ mental health diagnoses, and derided his suicidal ideation. Assange moved to a chair out of shot, and then he left the room altogether. Who can blame him?

Court cases are mostly boring, but appeals are so much worse. A court case at least has the drama of witnesses and cross examination, whereas an appeal sees wigs on each side unpick a previous court case and ruling, with constant reference to tabs, bundles and paragraphs available only to legal teams and judges—in this case Chief Justice Burnett of Maldon and Lord Justice Holroyde. Time was equally divided between Lewis, arguing for the United States on the first day, and Ed Fitzgerald and Mark Summers, representing Julian Assange on the second. The skeleton arguments by the Assange team are worth skimming to understand the grounds the United States claims and the counter-arguments that have been asserted.

While Julian appeared weakened by the ordeal, the case against him is weaker still. After he leaves Belmarsh, he will get well, but the reputations of those involved in this prosecution are beyond rehabilitation.

The case is weak because:

After I’d spent two long nights watching a London courtroom from Australia until 2am, Clare Daly, a passionate Irish Member of the European Parliament, spoke for me:

For us to be here is both a crime and an honour. It’s a crime that we have to be here in support of the person who more than anyone else has exposed US war crimes in Afghanistan and Iraq. The criminals walk free, and Julian Assange is persecuted. That is a crime. It’s a crime that he is being tried under an extradition treaty negotiated by war criminal Tony Blair with war criminal George Bush so that the political arguments cannot be heard, because this is a political prosecution. And therefore, we are honoured to be here on the right side of history in defence of free speech, in defence of Julian Assange. Our efforts after today will only be redoubled because this will be won politically rather than legally. I salute you all for your efforts and urge you to continue.

A personal tragedy for Julian Assange, and a social warning for the rest of us as to how far the surveillance state will go to maintain thresholds of political secrecy. Thanks for continuing to document this, Felicity Ruby.

This whole stinking business needs to stop now. I am so disgusted and ashamed by the cruel behaviour of all those complicit in this torture (the UK government, prison system and magistrate court judges, Arbuthnot and Baraitser). Utterly repulsive and shameful. Julian Assange has been awarded endless prizes for journalism and you persecute and smear him for 11 years, only to silence him and send a message to others who may report truthfully about national security. Amongst many complicit in this crime includes the US, Australia, Sweden and Lenin Moreno (president of Ecuador), to name but a few. Thank you Felicity Ruby for a well written report, which gives me a glimmer of hope. Free Assange – Free the truth – Free the World