As Politics Narrows, Divisions Deepen: A Note of the Election and the Left 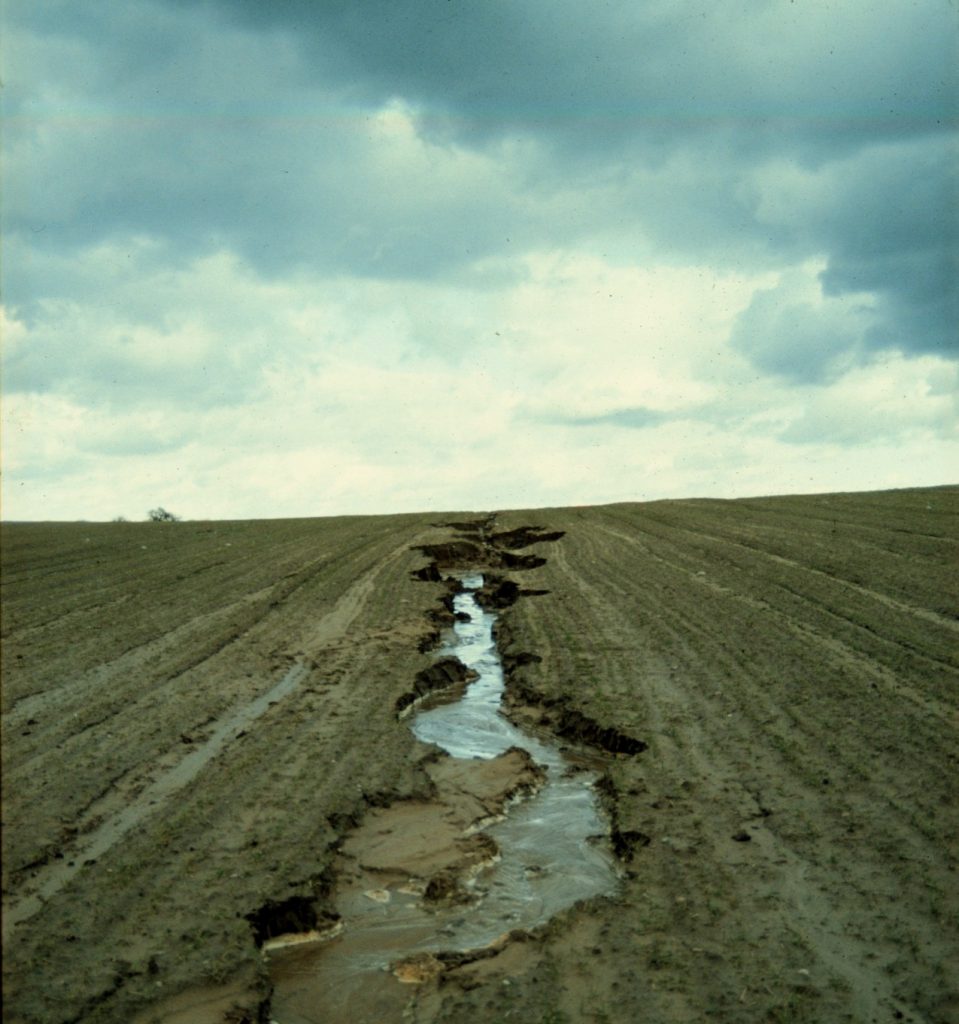 When Bob Hawke died in 2019, two days before the federal election, many mainstream commentators took the opportunity to remind the prime ministerial hopefuls that in terms of charisma, persuasiveness and popularity they didn’t exactly measure up to the example of the Silver Bodgie. While the circumstances made direct comparisons difficult, there was no doubt that many of the obituaries had an ‘end of an era’ energy about them (the Keating legacy notwithstanding)—a sense that in point of policy and personality we would not look upon his like again. In an interview with Treasurer Josh Frydenberg, ABC Radio National’s Fran Kelly went about as far as she could without explicitly calling out his party’s campaign as a dud:

Bob Hawke was also a leader of passion, of big ideas, of vision. Paul Keating said today, Bob Hawke understood imagination was central to policy-making and never lacked the courage to do what it takes to turn that imagination into reality. He won four elections. Does that suggest to you that voters reward those who have vision, who are not afraid to be a big target?

I won’t bother reproducing Frydenberg’s answer. Suffice it to say that it furnished Kelly’s listeners with a good demonstration of her underlying point.

The point was fair enough, in one sense. Compared to the chaos and mendacity of the Abbott-Turnbull-Morrison years, the Hawke government was a study in focus and daring. While Hawke oversaw the introduction of Medicare, the ‘liberalisation’ of the Australian economy, and major industrial-relations changes in the form of the Prices and Incomes Accord, the Coalition had spent the previous six years lurching from one cock-up to another, riven by ideological infighting. As for the Labor leader, Bill Shorten—he too looked pale by comparison with Hawke, not least when appearing before the cameras. Even when deploying his trademark zingers—especially when deploying his trademark zingers—he was as wooden as a cigar-store Indian.

So, yes, the mainstream commentariat was not wrong to point up the narrowness of politics as compared to the Hawke-Keating era. But it was also missing something fundamental about how Australia and the world have changed since Hawke was in his political pomp, an omission all the more ironic for the fact that it was Hawke himself who helped to create the new conditions. For in ‘rationalising’ the Australian economy—that is, in increasing the role of markets, internal and external, in national affairs—the Hawke and Keating governments, in common with governments across ‘the West’, simultaneously shrunk the power of politicians to bring about decisive change. That is the irony of the neoliberal ‘turn’: political skill and force of character were needed in order to effect the transition; but the world that has emerged as a consequence is one in which the global market outruns the attempts of politicians to control it. Governance has become increasingly technocratic as a result, and politics more and more characterised by ‘the narcissism of small differences’.

The UK sociologist Colin Crouch calls this dispensation ‘post-democracy’. Since the economic globalisation that accompanied the neoliberal turn was not attended by any comparable globalisation of democratic oversight, its effect has been to undermine the ability of national governments to act in the interests of their own electorates. This situation is made much worse by the neoliberal policies pursued within the countries in question, in the name of economic rationalism. Neoliberalism is not just laissez-faire economics; it is the injection of economic logic into every area of social life deemed to be in need of greater ‘efficiency’. From the privatisation of state-owned assets to the decline of collective bargaining to the entangling of the public and private spheres under the rubric of New Public Management, whole swathes of life have been cut off from any form of democratic control. Democracy becomes a ‘formal shell’ (as Crouch puts it) and politics itself increasingly professionalised. If the leaders of the main political parties come across as less nimble than their forbears, it is largely because they have less space in which to move.

Despite these unpleasant realities, however, the prospect of a Labor victory in the federal election later this month affords an opportunity for radicals to think through some fundamental positions regarding the deeper social developments that are slowly breaking open the consensus, and may create pressure for more radical change within the system in years to come. Should Labor come to power on 21 May, the Left will have to think carefully about the terms in which it frames its opposition to what is sure to be a disappointing government. In what remains of this note, I’ll sketch what I think is one of the key dilemmas in prospect.

The dilemma is related to the economic developments described in the paragraphs above, and to the question of whom the Left proposes to represent in the struggles to come. For neoliberalism and globalisation have not only undermined democracy, they have also catalysed new divisions that cut across the two main parties, and across the old Left–Right division. Combined with the influence of new technologies, and the abstract life-worlds that accompany them, neoliberalism has given rise to a new emboldened knowledge class whose discursive power and approach to the world—an approach stressing identity and individual rights over questions of material distribution—is the cause of resentment outside its ranks. From the eruption of right-wing populist parties (and a handful of left-populist ones) in the wake of the global financial crisis to the recent anti-lockdown protests, that resentment has taken many forms, but its common thread is a deep antipathy to what conservatives used to call ‘the elites’. Thus the winners, so to speak, in the great transition from a material economy to a largely immaterial one (achieved through the off-shoring of industry and educational ‘meritocracy’) are now squaring off against the losers, represented in the political sphere by various kinds of populism. For the moment, the politics of the former milieu is socially progressive and economically liberal (perhaps mildly social-democratic), while the politics of the latter is a red-hot mess of imported libertarianism, nationalism, white identity politics and (increasingly disordered) conspiracy thinking.

A victory for Labor later this month will no doubt sharpen this divide. The fragile truce between liberals and conservatives within the Coalition is likely to deteriorate, with conservatives increasingly attracted to a populism that will now direct its energies at a government that is broadly progressive in its social outlook and broadly liberal in its economic management—in other words, much closer to the politics exemplified by the knowledge class. The resentment directed at that class is likely to grow as a consequence, the more so as its favoured issues (inclusive language, gender identity, the status and pay of women in work, especially professional women in work) receive a more sympathetic hearing from politicians in the public eye. No doubt the feeling will be reciprocated, as progressives become ever more inclined to dismiss those outside its social milieux as irredeemably racist or misogynistic, or just plain uninformed or stupid.

The problem for the Left is that the knowledge class is quickly becoming the ‘ruling class’ so far as those outside it are concerned, and that its status as such is increasingly hard for even left-progressives to deny. Drawn largely from that class itself and sharing many of its salient concerns around ‘fluid’ identity, rights and so on, the Left is thus in the invidious position of having to explain why the ‘excluded’ classes are throwing in their lot with the Right—a fact it tends to explain (or to discount) with vulgar-Marxist style arguments to the effect that populism is just false ideology, created to keep the masses distracted. Thus (it is claimed) progressive values are really excluded-class values, too, or will become so once the excluded classes recognise that their interests are no different from those of refugees, transgender persons or any of the other marginalised groups that now take the part of the oppressed in progressive left-thinking. Of course, it is those marginalised groups that concern the contemporary Left most fully, but the false ideology/consciousness argument is nevertheless a handy way to keep the old explanations in place. The key division remains where it always was: between the class in control of capital and the class not in control of capital. Since pretty much everyone can be bundled up in the latter subject-class category there is no need to deal with the divisions within it, however disruptive of the model they become.

There is, however, another way of reading these developments, which involves regarding neoliberalism and the left-progressive focus on rights, identity and so forth as co-constitutive—as related expressions of the ‘borderlessness’ and cosmopolitan ethos of late capitalism—and the populist rejection of such as a rejection of the abstract life-worlds, and increasing discursive power, of those in the newly expanded knowledge class. In other words, we might read the rise of populism as a desire, however poisonously expressed, for the social ‘ground’ that was once provided by more settled/traditional communities and a clearer sense of collective identity: for the world that existed before Hawke and Keating brought Australia up to speed, in short. To put it yet another way: What looks to the Left like a contradiction may not be a contradiction at all, but the authentic rejection of a particular class of the highly individualised and abstract world catalysed by (but not reducible to) technocratic neoliberalism.

None of this is to defend reactionary populism. But the broader rejection of progressive-style politics—a politics that in its mainstream iterations has little regard for social democracy, let alone more materially radical propositions—should not be dismissed as false ideology. The challenge for the Left, it seems to me, is to take that rejection seriously, and as a cue to begin interrogating its own ideas of human flourishing, which may depend to a much greater degree on the bounded, the familiar, the settled, and the grounded than currently assumed.

Or else we could throw our lot in with ‘the elites’ and write our own obituary.

A Light Shining in the Shire

The last decade has seen the failure of the centrist form of neoliberal progressivism that occupied the left parties in the face of an onslaught by right-wing populism, which mobilised forces old and new to present themselves…as a response on behalf of the people against the entire ‘political/media’ class, as represented by those in power.

Richard King is a writer based in Fremantle. His new book, Here Be Monsters: Technology, Capitalism and Human Nature, will be published in 2023.

Richard King here endorses what Dean Jaensch in his book of the same title called ‘The Hawke-Keating Hijack,’ in which process the politicians usurped the traditional mass-involvement processes on policy-formation in the ALP. The membership promptly voted with its feet; the only people bothering to remain members being those hoping for a parliamentary career, and their family members and urgers. This did not take any particular skill or courage on the part of Hawke and Keating; just arrogance by the trainload.
But it was so successful in the short term that Meg Lees was inspired to pull the same stunt as Leader of the Australian Democrats; the party whose founding rationale and entire raison d’etre was membership control of policy-making. But where the ALP was big enough to stagger on in its altered form, the Democrats post-Lees went straight down the gurgler of History, leaving only Lees holding her parliamentary pension entitlements.