Apocalypse Wow!: The thing about conspiracies 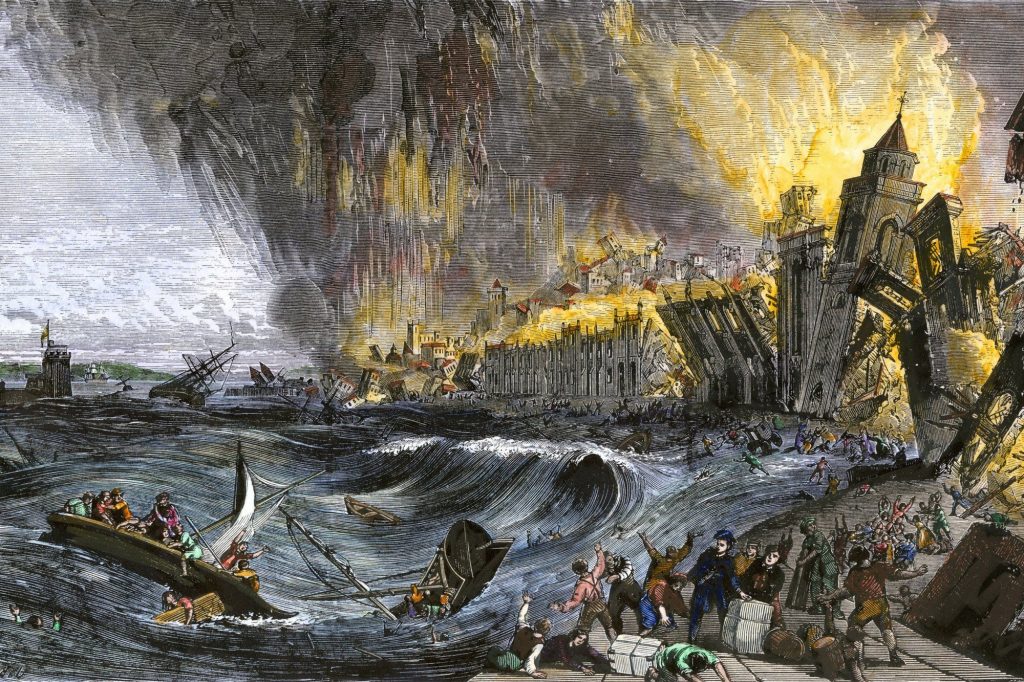 Conspiracy theories have hijacked political discourse and are leading to explosive acts of violence and an entire culture alienated from consensus reality.

Some of recent years’ most dramatic events—the global pandemic, the violently punctuated American electoral extravaganza of 2020–21, the roll-out of 5G technologies or the wide-angle computer hacks that have compromised vital security and service networks across many developed nations—have sparked a spectacular rise of conspiracy theories. These have taken especially strong hold in America. They gained major traction during the latter years of the Obama administration, spiked asymptotically upward in response to Trump’s failed re-election bid, and have maintained their goofy effervescence as Joe Biden seeks to calm all sorts of troubled waters. Throughout, these overheated confections have posed a remarkable distraction for the public mind. The internet has swarmed with memes that reference the choice between the red pill or the blue pill faced by characters in 1999 film The Matrix. The blue pill returns you to a virtual ‘real’ life maintained by a vast AI network that has enslaved humankind as an alternative power source, while the red pill exits you from the master program and awakens you to confront the ‘real’ reality of harsh facts and resistance to their tyranny.

Everything you know is illusion. Bad players secretly run the whole show in an elaborate game of hide and seek. Wake up. The frame-narrative in The Matrix is more or less heroic and positive in its sympathies: humans struggling to reassert themselves as free agents against an insidious regime of exploitation and compulsion. The regime is enforced brutally, but with such subtlety that most can’t see it and mistakenly imagine themselves to be minding their own business in everyday lives.

The Matrix scenario has played out with surprising vehemence in the political ups and downs of the past decade or so. Fiercely antagonistic discourses have each declared the other purveyors of ‘fake news’ and partisan distortion of both history and its reverberations all around us. The persistence of ludicrous fictions such as Obama’s crypto-Islamicist fake citizenship or Biden’s secret association with paedophile cannibal cabals shows extraordinary tenacity. Demonstrable fact appears to have lost its authority to govern the ‘consensus reality’ by which most of us believe we live our lives.

This sort of thinking hardly originated with The Matrix. It has roots in apocalyptic literary traditions that reach back to the second or third century BCE. To understand its appeal, we need to dig deep, both historically and psychologically. Unsurprisingly, apocalypse is a literature of crisis, which arises among populations denied significant agency in the ordering of their own fate. Western apocalyptic traditions reflect ancient historical trauma: beginning in the sixth century BCE, the far ancestors of today’s Jews experienced episodes of invasion, exile and diaspora at the hands of a succession of global superpowers that dominated eastern Mediterranean politics: Assyria, Babylon, Greece and Rome. These threw doubt on God’s promise to Abraham that his posterity would constitute a chosen people, especially favoured by an all-powerful deity.

The stresses of those violent paradigm shifts are documented in the New Testament, as Christianity took shape amid the throes of the final cataclysm under Rome and more or less inherited the apocalyptic tendency that had first found its literary voice during the Maccabean resistance to the Hellenising policies imposed by Greek governors in the wake of Alexander’s conquests. The Christian apocalypse imagined in the book of Revelation is, in part, a direct reboot of the Jewish apocalyptic visions recorded in the books of Ezekiel and Daniel. All acknowledge a power contrary to God’s, capable of interventions that inflict horrific sufferings on his people. Its mischief is limited, however, and subject to violent correction by superior divine power. Hence the images of catastrophe and upheaval that typically accompany the apocalyptic moment: the birth pangs of a renewed cosmos, struggling to be born in the face of murderous opposition. This contrary, naysaying power drew on both formal theology and folk demonology to emerge variously as Satan, the Adversary (the literal meaning of the Hebrew ha satan), the Great Beast and, ultimately, the Antichrist. The cosmic melodramas in which such lurid figures play prominent roles have proven catnip for the human imagination through every age since it first conceived them. From the first apocalypses through a constant succession of doomsday cults down to our present day (think of Jonestown and Waco, to name two especially harrowing examples among many others), with literary stops along the way that include Dante’s Divine Comedy,the Middle English Vision of Piers Plowman, Milton’s Paradise Lost and Blake’s Jerusalem. Not to mention the comic-book hyperventilation of such modern pop franchises as The Late Great Planet Earth and the Left Behind novels, cinema FX extravaganzas like The Matrix, and the unhinged yammerings that emerge from the more extreme reaches of Rupert Murdoch’s News Corp.

Quite a picture! Its contrafactual extremism lends it its powerful appeal, which, in the age of digital media jostling for readers and viewers, is the bait in most of the click-trap rabbit holes that strew the digital landscape. But what has it all to do with the recent flourishing of conspiracy theories? Plenty. Every apocalyptic narrative shares a distinctive tic, which turns on the etymology of the word apocalypse itself. The Greek word apocalypsis, like its Latin equivalent revelatio, means literally ‘the drawing back of a veil’. It refers to the exposure of previously unsuspected agencies and their machinations, like the rumbled Wizard of Oz bellowing ‘Pay no attention to the man behind the [erm] curtain!’ When you realise that the very same itch to get to the bottom of things underlies the book of Revelation, The Wizard of Oz and The Protocols of the Elders of Zion, you can begin to perceive what a big, rough beast the apocalyptic genre really is. A kind of loaded meme Western culture has left lying around, at risk of sudden unpredictable discharge in moments of crisis.

Add to this the satisfaction of solving a riddle, of seeing into the depths of a mystery that remains opaque to others. The ‘unveiling’ implicit in the notion of apocalypse involves the disclosure of previously undiscerned realities that impinge (usually dramatically) on the reality registered by common consciousness. The oppressive powers bearing down on you and yours (the armies of Babylon or Greece, or the mad emperors and mobs of Rome baying for your blood in the Colosseum) only appear to be in charge. In fact they’re just sock-puppets, with Satan’s hands up their backsides, playing out predestined roles in a cosmic Punch and Judy show that will end far worse for them than for you. It is no coincidence that, at the same time as it was generating its first apocalyptic texts, Judaism was also developing its first narratives involving martyrdom and a post-mortem survival of the self, where a heavenly judiciary punishes past sin and rewards past virtue.[1]Older Jewish conception of sheol, encountered frequently in the Psalms, for example, imagine an afterlife more like that of classical tradition: a dim subterranean confinement, dominated by regret … Continue reading When so many true believers hold fast to their true belief, even at the cost of their own lives, how can the omnipotent object of such belief not respond?

The ancient gnostic heresy, which took shape amid the same whirl of events that drove Jewish apocalypticism, plays a very similar game. It pitched its broadly apocalyptic appeal to a spiritual cognoscenti, however, with a kind of in-crowd elitism that robbed it of broad appeal to a wider audience. There are many gnostic gospels that never made the final cut as the New Testament canon was being established by later church authorities who’d grown less radical as they began to organise their institutions for a longer haul than the earliest Christians had anticipated. The book of Revelation, on the other hand, squeaked in, if only by the skin of its teeth, and thus one powerful expression of apocalyptic sentiment lent its hectic energy to an otherwise august scriptural tradition.

All of which leads us to the question of Burley’s ‘consensus reality’ cited in the epigraph above. Is the only difference between cranks and visionaries a matter of who can swing a significant consensus behind them? How can we distinguish between a vibrant new faith and a mob whipped up by specious demagoguery? Passions can be catching, like fire. The new social-media landscape of the digital age promotes its ‘influencers’ the way a pyromaniac sloshes down houses with his accelerant of choice before flinging lit matches and sitting back to watch the show. Do 1.5 million Instagram or TikTok followers constitute a real ‘consensus’?

These are all questions that possess few easy answers, yet we must at least acknowledge how modern media technology and ancient religious and political sensibilities have somehow come to be locked in a feedback cycle that will not be eased any time soon. The apocalyptic passions that energised post-Exile Jews, Christians under Roman persecution, and a smorgasbord of later Christian sects from Puritans and Ranters to Mormons and Seventh Day Adventists (to name only a few) has packed a long historical punch, and its impact shows no signs of dissipating.

Much of mainstream liberal commentary on the 5G conspiracy consists of snide dismissals that blame credulous individuals for inaccurate beliefs. Yet, given how widespread the 5G conspiracies have become, it is not enough to dismiss them…

Your analysis is incredibly important Robert. Your passage, ‘Add to this the satisfaction of solving a riddle, of seeing into the depths of a mystery that remains opaque to others. The ‘unveiling’ implicit in the notion of apocalypse involves the disclosure of previously undiscerned realities that impinge (usually dramatically) on the reality registered by common consciousness.’ is central to understanding a lot about the new subjectivity of alt-Right sensibility stretching into postmodern fascism. The adherents to these conspiracies are, to use old-fashioned social theory language, active subjects, not passive followers. They actively interpret the world. And the ‘unveiling’, as you so brilliantly describe, gives subjective power to the process of believing.