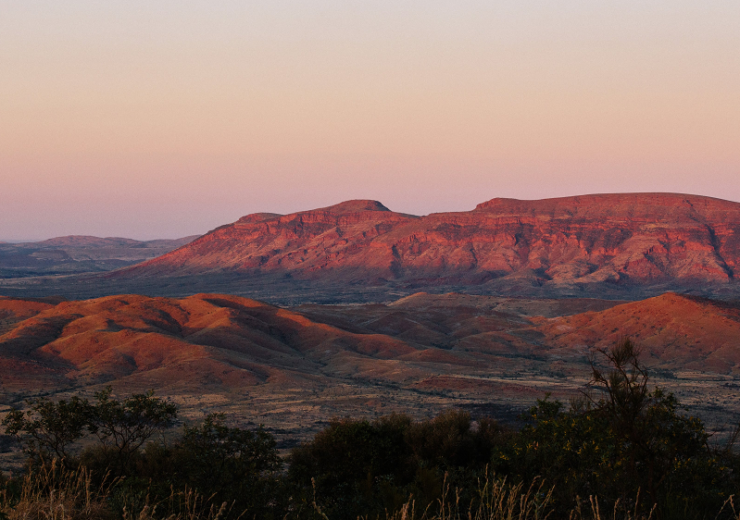 ‘Never Again’ will we see the destruction of sites of such extraordinary antiquity and cultural significance as those at Juukan Gorge. So insists the Hon. Warren Entsch MP in his emotionally charged foreword to the interim report  of the Joint Standing Committee on Northern Australia’s inquiry into Rio Tinto’s destruction of the 46,000-year-old habitation sites belonging to the Puutu, Kunti, Kurrama and Pinikura (PKKP) peoples. There is no reason to believe that this is anything other than heartfelt. Indeed, we believe that most Australians would ‘never again’ want to see Australia’s version in 2020 of the destruction of the unique Buddhas of Bamiyan by the Taliban in 2001.

But there is little in this interim report, hyperbole aside, that fills us with any confidence that such destruction will not occur again. This is because such destruction is structurally embedded in the settler-colonial extractive logic on which the Australian nation was founded and on which it continues to prosper. Emblematic of this, the country’s only broadsheet newspaper, The Australian, reported on the release of these preliminary findings and recommendations on page 5, while on its front page it noted that China’s 2020 trade hit list excludes iron-ore exports, valued at $84.8 billion, that are almost exclusively sourced from the Pilbara region.

Coverage in the Australian Financial Review predictably focused on the negative economic implications of the inquiry’s recommendations. WA Liberal Senator Dean Smith, a member of the joint committee, lamented that the report’s recommendation of a stay on the destruction of sites as allowed under section 18 of the Aboriginal Heritage Act 1972 (WA) would ‘be a handbrake on the resources sector’. Andrew ‘Twiggy’ Forrest’s Fortescue Metals Group weighed in, as did Western Australia’s Minister for Aboriginal Affairs, Ben Wyatt, both suggesting, in similar terms, that such a stay would not be a ‘practical solution’.

‘Never again’ is a catchcry that First Nations people in Australia have heard on many occasions: never again will we tolerate stolen generations, as child removal accelerates; never again will there be deaths in custody, as numbers in incarceration grow; never again will wages be stolen, as remote-living Indigenous unemployed people are subject to modern slavery-like conditions; never again will there be rationing of food, as the parliament debates and then passes punitive and racially targeted income-management measures; never again to unacceptable socioeconomic disparities that successive governments have failed to address in the past decade or more. History is replete with fine intentions and many ‘never agains’, articulated with great sincerity by politicians to Aboriginal and Torres Strait Islander peoples in Australia.

Much of the interim report, along with the media coverage that has followed its release, focuses on the particulars of Rio Tinto’s appalling corporate culture, actions and attempted cover-ups. Incrementally and systematically, the report moves from the particulars of Juukan Gorge and Rio Tinto up the responsibility food chain to the deficient Aboriginal Heritage Act (under protracted review), to the broader Western Australian experience of extraction and environmental and cultural-site destruction irrespective of the wishes of traditional owners; to the experience only briefly alluded to beyond Western Australia; to the apex Commonwealth laws—a tripartite layered set of legal arrangements covering Indigenous heritage: the ineffectual Environmental Protection and Biodiversity Conservation Act 1999 (EPBC Act) (currently under review); the Aboriginal and Torres Strait Islander Heritage Protection Act 1984 (ATSIHP Act) that has remained largely dormant during the Juukan debacle; and the overriding Native Title Act 1993 that was carefully designed to ensure that holders of native-title rights and interests are rendered impotent to oppose mineral extraction. This impotence is evident even on lands where native-title holders are vested with so-called exclusive possession, since this ironically excludes possession of minerals reserved for the Crown. Hence the mining activity that accesses subsurface deposits and inevitably destroys the sentient ancestral landscape—open-cut mining has been described by a Yolngu elder in the Gove region as being the equivalent of running a grader across the flesh on one’s body, demonstrated graphically by running the fingernails across the chest.

The report’s language is stronger than many and its consideration of the need for the provision of free, prior and informed consent to Indigenous owners is commendable in intent. This might well reflect the composition of the joint committee, which includes several members who have championed Indigenous rights on many occasions. Yet ultimately the recommendations to date contain very little that might move settler-colonial Australia towards the report’s stated, titular intention, ‘Never Again’. Instead, it issues words of ‘strong encouragement’ and polite requests for voluntary improvements to a set of agencies antithetical to the Indigenous interests they are now being ‘encouraged’ to protect: from Rio Tinto to other mining companies in the Pilbara, all the way through to the WA government (whose coffers, it must be noted once again, are quite literally filled with royalties from those very same companies), to a federal government that has consistently and persistently participated in and benefited from ongoing processes of invasion and dispossession.

The interim report quickly summarises the legal and administrative shortcomings of the EPBC Act and the ATSIHP Act and identifies the main role of the Native Title Act in heritage protection as arising through agreement making. This is because holders and claimants of native title are only vested with a ‘right to negotiate’ over extraction, with no right to veto. The extent of the bias inherent in this agreement-making process is revealed in the interim report: just three of 163 so-called ‘future act’ applications have been successfully opposed in Western Australia under native-title law. Even this is superior to the protection afforded to Indigenous owners under the prevailing WA legislation: of the 463 applications lodged by mining companies to legally destroy sites of significance under section 18 of the Aboriginal Heritage Act since 2010, not one has been rejected. The latter statistic is not mentioned in the interim report.

By focusing on the particulars of Juukan Gorge and Rio Tinto, the interim report is looking to apply a sticking plaster when serious suturing is required. It is recommended first and foremost that Rio Tinto negotiate a restitution package with the traditional owners of Juukan Gorge, the PKKP peoples, for the destruction of the site, and that the obliterated habitation shelters be reconstructed. The latter is a preposterous idea. Even if such high-tech ‘plastic surgery’ were possible, post-dynamite obliteration would result in a bizarre Disney-style avoidance of re-colonial reality.

The interim ‘Never Again’ report was completed seven months after the Juukan Gorge destruction, after what an Aboriginal friend from the region described as ‘the bombing’. The committee now has an unspecified deadline in 2021 by which to further expose the systemic problems in the current native-title system. These are manifest at Fortescue’s Solomon Hub, where extraction of iron ore continues unabated, even after the High Court of Australia affirmed that this was occurring counter to the law and in the face of sustained and strident opposition from native-title holders, without consent, and without any agreement in place. Even should the proposed ‘voluntary moratorium’ on new section 18 applications and reassessments of existing approvals invited by the inquiry be taken up by mining companies (many of which have already indicated their opposition to these non-binding recommendations), there is nothing in the interim report that deals substantively with literally hundreds of existing section 18 approvals.

Is it possible for representatives of the Diceyan Australian parliament, established by invader constitutional fiat that asserts its own sovereign powers (including to own and extract mineral wealth in corporate and national interests), to adequately represent pre-existing sovereign interests? Can the settler state’s parliament ever deliver the radical reform needed to ensure Australia’s compliance with internationally agreed standards for self-determination as articulated in key articles in the UN Declaration on the Rights of Indigenous Peoples, which the Australian government belatedly endorsed? These are difficult questions requiring definitive answers, not polite words of encouragement or invitation. Otherwise, if native title is successfully determined in Australian law while the land remains available for mineral prospection, nothing will ensure ‘never again’. As it stands, it seems the First Nations of Australia will be left with another empty promise that governments and mining companies, together so invested in their ongoing dispossession, will act in good faith to ‘protect’ them and their heritage. Surely nobody can reasonably believe this by now.

There are competing, arguably irreconcilable logics at play here, one dominant, one subordinate: will the Australian settler state ever willingly engage in its own recalibration? Ensuring ‘never again’ will require a new logic, one that overturns the prioritisation of rampant mineral extraction (be it iron ore, gas or coal) irrespective of any economic gains and ensures that corporations that transgress non-negotiable heritage protocols are punished with the automatic loss of their licence to operate—not merely socially, but legally as well. This will require an Australian state that properly prioritises the Indigenous interest over the so-called ‘national interest’, although we might once again emphasise that settler-colonial Australia’s continuing reliance on mineral extraction and its contribution to anthropogenic climate change is antithetical to the human (and indeed non-human) interest overall. Sadly, nothing in living memory suggests that any government is up to embracing such a challenge.

Fracking on Trial in the Northern Territory

As carbon dioxide in our atmosphere pushes 410 parts per million, fuelling a dangerous climate emergency, the world simply cannot afford to let the Northern Territory become the fossil-fuel industry’s next fracking frontier.

Dan Tout is a lecturer in history and sociology at Federation University and an Arena Publications Editor. His research focuses on settler colonialism and nationalism in Australia and their impacts on and implications for First Nations peoples. Dan was Arena Journal’s managing editor and is part of the editorial team behind Arena Online.