Africa is the last roll of the dice for Big Oil 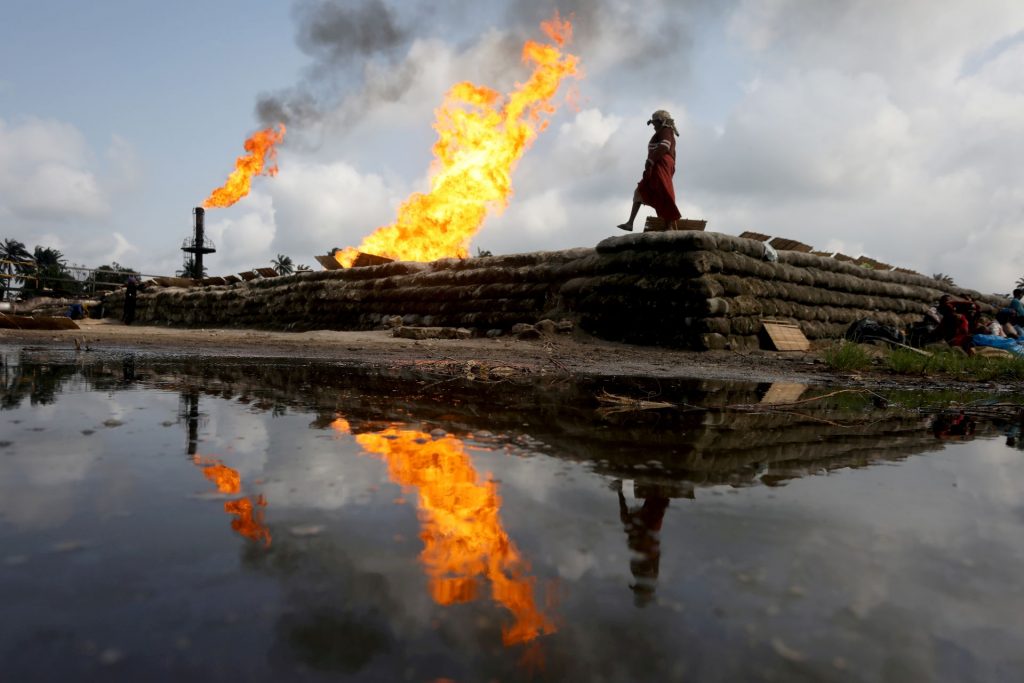 Back in 2021, at Glasgow’s COP26, it was clear that fossil fuels were not going away without a fight. From the last-minute failure to commit to phasing them out which brought Alok Sharma to tears to the kind of state capture that got Santos pole position in the Australian pavilion, the staying power of coal, oil and gas across much of the world—even in the face of a horrifying intensification of climate change impacts—was plain to see.

Even then, though, it seemed something was shifting. Not only were funds pouring into renewables and leaders from both more- and less-developed nations apparently ready to ramp up their emissions reduction pledges, the very idea of fossil fuels as an engine of growth—an ontological cornerstone of industrial capitalism since the advent of steam power in the early nineteenth century—appeared ready to fall. Nowhere was this loss of legitimacy more evident than in the agreement signed by 39 countries, including most of the G7, Mali, Ethiopia, Zambia, South Sudan, Costa Rica and a host of others from the global South, that in the interests of ‘sustainable, resilient and inclusive economic development globally … we will end new direct public support for the internal unabated fossil fuel energy sector by the end of 2022’. Fossil fuels, in other words, were no longer seen as an appropriate tool for building economies, societies or indeed nations, and we wanted no part in funding them.

Just over a year after Glasgow, eleven months after Russia invaded Ukraine and two months since the curtain fell on COP27 in Egypt, with the dust still settling from COVID-19, fossil fuels have come roaring back to life. Gas, in particular, is ruling the agenda, and Africa—so often maligned, ignored or hollowly pitied—is the battleground.

Africa was hit hard by COVID-19. The African Development Bank’s 2022 African Economic Outlook suggests that the pandemic pushed an additional 30 million Africans into extreme poverty while contributing to the loss of 22 million jobs. It also shows growth grinding to a halt: the continent entered its first recession in half a century in 2020, with the bounce-back hamstrung by sky-high food and fuel prices in the wake of the war in Ukraine. A host of other indicators are tracking similarly poorly, In particular access to reliable electricity, which the latest World Bank data tells us remains a fantasy for some half a billion people south of the Sahara.

Into this breach come oil and gas. Emboldened by the scramble for alternatives to Russian energy, and alive to the huge untapped reserves that have meant Africa has accounted for almost half of all new global gas discoveries over the past decade, a coalition of Western fossil fuel companies and a minority of resource-rich African countries have sought to position the continent’s resources as a panacea for all manner of economic, environmental and developmental problems. First came the transition fuel argument, in which, by ignoring methane, flaring and lock-in effects, natural gas could be presented as a lower-carbon ‘bridge’ to the net-zero world. Then, in an astonishing act of terminological subterfuge, the phrase just transitions was wrested away from the low-income, fossil-fuel-dependent communities where it originated to describe the work of building regenerative, inclusive and equitable economies and instead made a stand-in for allowing fossil-fuel-rich elites—both African and not—to line their pockets indefinitely with the continent’s resources. Finally, and perhaps inevitably, there came the push by the African Union—whose chair, Senegalese President Macky Sall, incidentally harbours ambitions for his country to become an oil and gas superpower—to force Africa’s climate negotiators to adopt a pro-gas position at COP27. The move was panned by African civil society and the negotiators themselves, but nevertheless foregrounded the failure of the conference, which despite some progress on loss and damage saw the abolition of the resolution to peak emissions by 2025 and a tacit endorsement of gas in the final text.

There are some good reasons for Africa to want more fossil fuels. At current levels of energy poverty, it is impossible for most African nations and communities to reach the economic and social heights of their Western counterparts, let alone strive for a more sustainable and just alternative to consumer capitalism, let alone eliminate poverty. Not to mention the entirely accurate, and frankly unforgivable, charge that these countries achieved such heights via massive, unabated burning of coal, oil and gas, often stolen at gunpoint from African colonies. Yet there is a whole world of difference between a truly pragmatic energy solution for the continent and a fossil-fuel bonanza that sells ordinary Africans down the river for the sake of a handful of Western shareholders and domestic strongmen.

Let’s be clear: a transition fuel is exactly that. It is a strategic input, limited by time and design, given to accelerating its own redundancy by achieving zero-emissions power as soon as possible. But this is not even close to what is being proposed. As the International Institute for Sustainable Development has shown for South Africa, the plummeting cost and ascendant technical performance of renewable energy, batteries and eventually green hydrogen mean that there is no technical or economic case for the planned orgy of new gas investment. Yet when I asked Kevin Kariuki, the Vice President for Power, Energy, Climate and Green Growth at the African Development Bank, a natural follow-up question to his assertion that gas was the continent’s transition fuel—namely, when would the transition end?—his answer was revealing:

The transition doesn’t strictly end … after attaining net zero … because new finds are [always] being found! Any effort to forecast when [the] use of gas would end would be purely speculative.

The transition, in other words, is a chimera. What really matters is maximising exploitation while we still can, for as long as we can. This is a pattern that is being replicated all over Africa, with the progress of nations like Kenya, which demonstrates exactly how to maximise economic growth, social progress and development performance with almost 100 per cent renewable energy, buried under the nauseous refrain from continental heavyweights that going all-out on gas is the only ‘pragmatic’ choice.

But it was never about pragmatism. If it were, the simple facts that (1) just a third of proposed new gas production is owned by African companies and (2) the sky-high prices spurring exploration put the product out of reach of almost all African consumers—and all but guarantee that it will be siphoned away to gas-hungry Western nations—would put paid to the enthusiasm. A significant part of this is about an industry in the death throes of relevancy, thrashing about for and latching onto one last opportunity for legitimacy, power and profits in the midst of crisis. Even as the continent swelters in temperatures unimaginable to most Australians, floods rain down destruction on lives and livelihoods, and 16.7 million people in the Horn of Africa face acute food insecurity after four consecutive failed rainy seasons, the presence of over 600 fossil fuel lobbyists at COP27—a record number, more than 25 per cent higher than COP26—shows the extent of the propaganda assault. The Russia invasion of Ukraine, African economic misery, and, yes, hypocrisy from the West have all handed fossil fuel interests a golden opportunity to re-insert themselves into the economic narrative. With the political will to contest them wavering, and activists facing an onslaught of oppression, theirs may yet be the victory. But the suffering will be all of Africa’s to bear.

Gas-industry players are actively working in every possible way to secure their own commercial advantage as well as the industry’s future.

Angus Chapman is a researcher and journalist based in Sydney. He writes on African economics, politics and public policy for IC Publications Group, and freelance for outlets including Overland and Vox. Formerly he was an economist at the Commonwealth Treasury.