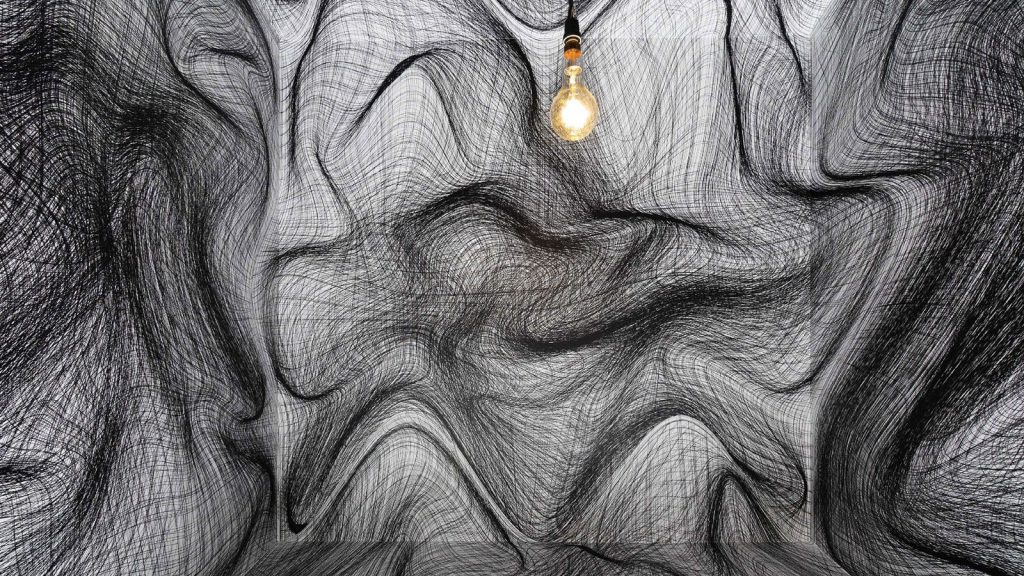 The virus will stalk the human race for quite a long time to come. This is no longer just the view of an official from the World Health Organization (WHO). Rather, it is becoming the shared view of many experts that the virus will continue to kill and disrupt indefinitely.

There is now less talk of ‘returning to normal’ or ‘getting to the other side’. Politicians may still resort to this vague reassurance, but those in the know do not assert such calculated timelines. Informed by this stance, there is now the consideration of ‘an appropriate exit strategy’, of phased-in reductions of restrictions and of a local, rather than general, regulatory retreat. It seems that an evolving not-so-normal normal will emerge bit by bit.

In this situation, what happens to psychic life, to individual and collective subjectivity? It is clear that much has been lost. Moreover, we are told that the future is very uncertain—a phrase many take to mean ‘the future is dark’. Quackery and snake oil to one side, it is clear that we will be without an effective vaccine for at least a year. No preventative measure is on the immediate horizon. This is shocking news, and its apprehension has had, and is having, a terrific impact. Lived experience, it is clear, has become less stable and more vulnerable than only a month or so earlier. Jeopardy has become unbridled from its expected restraints. Neither individuals nor the flock can be protected by being steered into a trench filled with sheep dip. In such a state of contingency, what happens to interiority?

A great deal of current discussion around interior life couches the psyche in terms of mental health. We are told that social distancing undermines well-being; that recent events, and their unfolding consequences, have been traumatic; that anxiety is provoked by isolation and the fear of death—of your children, of your parents, of your friends, of your own self. This is only the start. Obsessional-compulsive disorder can be triggered by the hand-washing and surface-cleaning regimes being recommended by public-health authorities. We have been warned that social phobia will be encouraged because contact with strangers undermines infection control. Grief, depression, even suicide, among a larger suite of maladies, will be inevitable consequences of the virus. This is what the experts are saying. And this prediction seems to make sense.

A contrary voice is also worth attention. Put simply, the question should be asked: is the vocabulary of mental health—of diagnosis and of experts, of pathology and of treatment—the best fit for the duress each of us is experiencing in this moment? There will be negative consequences in so much as private responses to a collective problem are framed within the conceptual vocabulary of psychiatry.

It should be recognised that the language of psychiatric symptomology is endowed with a particular agency. This propulsion creates a specific gravity, a pull that arranges inputs so that they land to form distinct patterns. One of these patterns involves a particular disposition with respect to interiority—that it is necessary to regard the inner self as fragile. Take special care. Be tentative. Look out that depression is not mistaken for sadness, that anxiety is not misidentified as worry. Be aware that what might be dismissed as shyness or reticence could, in fact, represent social phobia, and know that what might be dismissed as mere misfortune or misadventure could lay down the perennial circuits of neurally-embedded trauma. Even more important, do not gainsay suicidality with ordinary examples of distress. Adults should respect physic fragility. This attitude is obligatory.

This tentativeness evokes a well-established scenario. Only credentialled professionals can be trusted to really know. Bone fide experts can tell you whether one of their kind should be commissioned; they can assess what treatments should be dispensed; they can determine the difference between appropriate and inappropriate illness behaviour. More, these experts can distinguish insight from denial, resistance from collaboration, querying from non-compliance.

Give a boy a hammer, and everything he encounters needs pounding. Mental-health professionals, like all of us, sometimes get captured by this game. If one stands back, an illness narrative should not be the formulation of first choice. In books such as Speed, Moncrieff and Rapley’s De-medicalizing Misery II: Society, Politics and the Mental Health Industry, a range of critical thinkers discussed this contention well before the present pandemic. Several well-known local figures have also raised a concern that diagnostic overreach might be a problem. For example, Professor Pat McGorry, former Australian of the Year and the country’s most prominent psychiatrist, recently said with a touch of exasperation: ‘Every second person is (now) disclosing that they’ve got depression’. Commenting on the very obvious success of the pre-pandemic public-health campaign to raise awareness about the importance of mental health, Jeff Bond, one of Australia’s best-known sports psychologists, expressed a similar sentiment: ‘I think we might have over-cooked it a touch’.

Rather than default to the vocabulary of mental health, it is preferable to begin from the premise that loss and anguish are problems of living that are experienced by everyone from time to time. Conditioned by historical period, and depending on class and gender, generation and geography, culture and biography, these experiences are lived and interpreted in many different registers. Associated with psychotherapist Susie Orbach, emotional literacy is one notation for articulating how these problems animate interiority.

Rather than rely on a disabling, technocratic vocabulary, in the conditions of the day the emotionally literate approach is to narrate/experience inner life in everyday, non-pathologising terms. Words such as hardship, struggle, adversity, distress, duress, suffering, turmoil and anguish may be apt. More colloquially, a person might say to themselves, or to someone else, ‘I’m doing it hard’, ‘Maybe I’m in (a bit of) trouble’, ‘Am I heading for a spin-out?’ or ‘I might be about to lose the plot’.

Mindful that emotions spill across different categories, a sense of loss can connote words such as sadness, hurt, sorrow, disappointment, grief, misery, self-pity, regret, yearning, emptiness and feeling flat (rather than ‘depressed’). Affects associated with worry might be stated using adjectives such as troubled, fearful, sweaty, confused, agitated, desperate, tentative, alarmed, ruminating, worked up (‘disturbed’), preoccupied and stressed (instead of ‘anxious’). No doubt, the above can sound a little trite. What makes finding alternatives to the lexicon of the mental-health industry a constructive exercise is the knowledge that there is an unstable relationship between what the mental-health trade terms ‘case finding’ and what the philosopher Ian Hacking terms ‘people-making’. Better to choose how one is made than be claimed in a game of finders keepers.

Mark, thanks. In my book, anxiety is a particular kind of distressing feeling, and part of the distress is not understanding why it is felt. In contrast worry has an object.

Depression on the other hand has certainly been manipulatively extended to become virtually anything, as you say, and that was done knowingly IMHO, and sufferers of severe depression have been the losers. All power to you for fighting for precision in expression, whether slangy or technical!

Insightful commentary, Mark. When grief at a major loss becomes a condition that needs to be treated, then indeed we might have ‘overcooked’ it. What makes us human is the social, and then it is abruptly taken away for the common good. I am not sure where it leaves us, but I don’t think the language of psychology will necessarily give us a satisfactory roadmap.

You’ve done for the psychiatrically extruded lexicon and its para-sympathetic pop psychologese backing what Don Watson did for all the managerial and bureaucratic ‘weasel words’ deviously used to evade clarity, meaning, and responsibility. Exposed them, wiv their estranged ‘de profundis’ metaphorical pants down! And they certainly don’t want to be caught like nurse Ratchet, so memorably described in ‘One Flew Over the Cuckoo’s Nest’, as not knowing ‘whether to shit or wind her watch’, do they? But to get back to that thesaurus of the real life and times, how about perturbation, volatility, distraction, irritability, confusion, bewilderment, uncertainty, fear, suspicion, mistrust, recklessness, defiance, rage, remorse, disgust, pity, sadness, sacrifice, exhaustion, and, lest I overlook its currency, resilience? Once you start, the possibilities are endless, and the marvellous thing is there’s no loss of precision or focus. Suicidality is being predicted to ‘surge’ in the wake of the ‘wave’, but let’s not get ahead of ourselves here. I remember a practice in my social work student days being unabashedly called ‘advanced accurate empathy’.

Clear, thoughtful and sobering Mark.
A wake up to the importance of using open and honest language, and the power (self-empowerment) of emotional literacy.
Thank you.