A review of Bill Bowtell’s Unmasked: The Politics of Pandemics 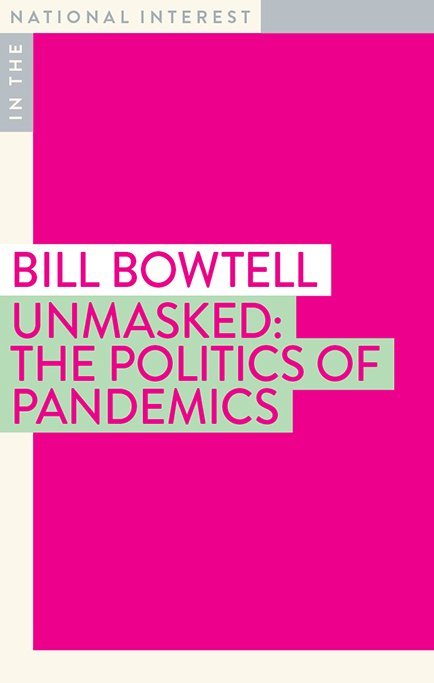 The pandemic is not yet over, but the postmortems are already beginning. Unmasked (Monash University Publishing, 2021) gives an outsider-insider perspective on Australia’s handling of the pandemic in 2020. Insider because Adjunct Professor Bill Bowtell, from the Kirby Institute of Infectious Diseases, has previously worked within and advised the federal health department on matters such as HIV/AIDS. Outsider, because although he was a frequent public commentator on the COVID-19 response, Bowtell was not directly involved in advising government. The picture he paints in Unmasked is not a pretty one.

Australia, he argues, had planned for pandemic influenza. Thus it had the right plan for the wrong virus. Once it was clear, from mid-January, that this was a SARS-type virus, there was a need to decide either to ‘let it in’ or ‘keep it out’. Instead, the advice, based on the plan, was to manage the virus’s arrival and then control its spread. The hastily drafted COVID-19 plan involved very little change to the pandemic influenza plan. It was very cautious, it recommended ‘proportionate’ measures and it avoided talk of lockdowns. This, argues Bowtell, amounted to letting the virus in and then only dealing with its effects. It was a plan to ‘think and act small, not big’. And it was what federal government wanted to hear.

Bowtell is particularly excoriating of the main federal advisory body, the Australian Health Protection Principal Committee (AHPPC). Its external advisers were kept secret (they would become known later), and the input papers it commissioned were not made public. The AHPPC looked to the wrong ‘peer’ countries for guidance: the United Kingdom and the United States, rather than East Asia. Talk in some countries of ‘herd immunity’ shaped the advice. The modelling and the assumptions it relied upon did not come to pass. As late as March, the AHPPC remained reluctant to promote mass testing to find asymptomatic cases. It saw little need, in the first few months, to mandate mask-wearing; indeed, it argued that mask-wearing would do more harm than good. Nor did it recommend stringent social-distancing measures. It saw no need to advise against the Mardi Gras in Sydney or the Grand Prix in Melbourne.

For Bowtell the right approach, which he expressed publicly in early March 2020, was to stop the virus getting into Australia and, if it did, ‘to take every necessary step to smash it’. The public, he argues, knew this. Observing events overseas, the sharp fall in the stock market in late February, and the lack of straight-talking from government, the public started to panic-buy from supermarkets and withdraw their children from schools. The government response was not addressing public and business concerns, although these concerns were being registered by state and territory leaders. Australia avoided an even worse outcome because state leaders enforced a lockdown on 22 March. From then on, the AHPPC’s authority was greatly diminished.

The main targets of Bowtell’s criticism of the handling of the first wave are the AHPPC and the federal government. When looking at the Victorian second wave, his main criticism is that the state’s public health structures were not fit for purpose. They were slow to recognise, and then contain, the leakages from quarantine hotels and the infection of health workers. He contrasts the hospital-centric Victorian system with New South Wales’ more community-based local health structures, and he criticises the privatisation model of aged care for exacerbating the pandemic in that sector. He also attacks the ‘irresponsible partisan politics’ involving both the Liberal Party and some scientists aligned with the AHPPC for calling for premature relaxation of Victoria’s lockdown.

The story Bowtell recounts will be familiar to many, and it is an important early contribution to our understanding of the pandemic. But, like all early accounts, it feels incomplete. Advice that was misguided, overly cautious and politically compromised is the nub of Bowtell’s explanation of ‘why things turned out so badly’ for Australia. Most Australians, I would venture, feel Australia has been lucky to get off so lightly. Even so, after reading Bowtell’s book, they would be hard-pressed to argue, as many have, that Australia got off lightly because it ‘followed the scientific advice’.

Bowtell’s story is wrapped in a larger view of the relationship between science and politics. Crudely put, he sees science as good and true, and politics as compromised and bad. Science should trump politics in a pandemic. But this view doesn’t really account for the fact that the AHPPC’s advisers were scientists too. Were they following the wrong science? Would better advisers and a government that listened to them have managed the problem better? Are there better and worse understandings of what to do in a pandemic? Are science and politics really so distinct, or is pandemic advice co-produced?

This short book is a highly readable and important first take on Australia’s pandemic experience. There will be others.

Unmasked: Face-work in a Pandemic

The vehemence of debates, especially in the United States, over whether to mask or unmask indicates that far more is at stake than simple infection control.

Jeremy Baskin is a Fellow of the Melbourne School of Government, and a doctoral student at the Australian National University’s Centre for the Public Awareness of Science