A continent that burns. And a world that’s getting hotter. Welcome to the Pyrocene. 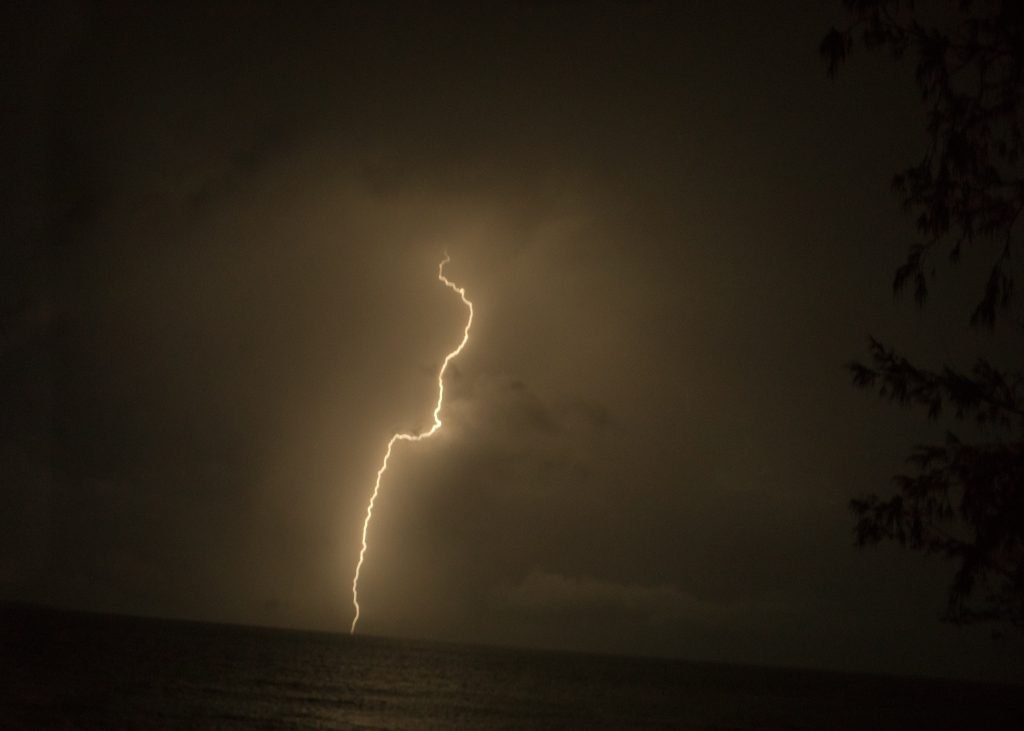 Abigail Varney - The Build Up

Furthermore, an estimated three billion animals were killed and the ecological consequences are mind-boggling. To give a few examples from Victoria: 31 per cent of the state’s rainforests were burnt, as well as 24 per cent of wet or damp forests, and 34 per cent of lowland forests. All of the potential habitat of the East Gippsland galaxia (a small native fish) and more than 40 per cent of the Victorian habitats of the sooty owl, diamond python, long-footed potoroo, long-nosed bandicoot and brush-tailed rock wallaby were wiped out. It was a disaster that will be hard to forget.

Fire has been an intrinsic part of our land for millions of years, and many hundreds of generations of traditional owners have used it as a land-management tool. But invasion and colonisation disrupted this long custodianship, and now settler society is trying to understand how fire should be used to manage the landscape so that it is a positive force for biodiversity, human safety and agricultural production. Following last summer’s fires there has been huge renewed interest in cultural burning, and a growing profile of Indigenous-led fire approaches, such as the Firesticks Alliance.

But on top of this, we have the increasingly obvious hand of climate change. The world has heated as a result of human activity and now all fire events occur in a warmer environment. This is well documented. We have known it for years. Back in 2008 the Garnaut Climate Change Review’s final report said that predictions ‘suggest that fire seasons will start earlier, end slightly later, and generally be more intense’ and that ‘this effect increases over time, but should be directly observable by 2020’.

More recently, the Emergency Leaders for Climate Action noted that:

Australia’s Black Summer fires over 2019 and 2020 were unprecedented in scale and levels of destruction. Fuelled by climate change, the hottest and driest year ever recorded resulted in fires that burned through land two-and-a-half times the size of Tasmania. While unprecedented, this tragedy was not unforeseen, nor unexpected.

There have been a range of government investigations into the fires, all of which have documented the impacts of climate change. The bushfire Royal Commission was explicitly asked to look at mitigation options, but not drivers of global heating. In spite of this, it found that further warming of the Australian climate over the next twenty years ‘appears to be inevitable’, meaning that catastrophic bushfire conditions will become more common. The NSW Bushfire Inquiry found that ‘climate change as a result of increased greenhouse gas emissions clearly played a role in the conditions that led up to the fires and in the unrelenting conditions that supported the fires to spread’. In Victoria, the Inspector-General for Emergency Management (IGEM) said ‘the incidence of large, severe and recurrent bushfire events in Victoria has increased exponentially over recent decades and shows no sign of slowing’. The IGEM elaborates on this, saying:

The past is no longer a reliable guide to the influence of climate and weather upon bushfires into the future. Climate change is influencing the patterns of natural hazards globally. In Australia, increases in temperature and changes in rainfall patterns are contributing to an increase in extreme fire weather across much of the country. In south-east Australia there have been long-term decreases in rainfall. The bushfire season in the 21st century begins earlier and ends later.

So why is this fact ignored by so many media outlets and commentators? Because of the politics of ‘business as usual’ and the culture war. Climate deniers are unable to accept material reality, and are trying to deflect the public debate into a ‘blame’ frame that lets the fossil-fuel companies and their backers in government off the hook. It also plays on people’s natural fear of wildfire to try to wedge the community away from environmental voices into a grossly simplified world view that sees fuel-reduction burning as the solution to bad fires.

While the fires were raging, much of the conservative media ran the false claim that arson caused the fires. For instance, in January The Australian ran a story entitled, ‘Firebugs fuelling crisis as arson arrest toll hits 183’. In this, the mainstream media was playing into a right-wing extremist conspiracy pushed online by bots and trolls and enabled by the big tech companies. As noted in the Sydney Morning Herald, ‘Australia’s bushfire crisis—like other crises, including the burning of the Amazon rainforest in 2019—has been sucked into multiple overlapping fringe right-wing and conspiracy narratives, which are generating and amplifying disinformation in support of their own political and ideological positions’. However, as the NSW Bushfire Inquiry noted, arson was not a key factor in the catastrophic NSW bushfire season. The IGEM inquiry found that ‘almost every significant fire in Victoria during the 2019–20 season was as a result of lightning strike’.

The next argument from the conservatives and climate deniers was that ‘greenies’ had stopped fuel-reduction burning and so were to blame for the scale of the fires. Once again, this simply isn’t true (apart from anything else, states set fuel-reduction targets, and the ALP and LNP, not the Greens or environmentalists, control all state and territory governments in the country). And, as noted in the IGEM report, ‘fuel reduction burning is not a simple panacea’.

What do we need to do?

The denialists will continue their campaigns, and once fires start this season we will see a continuation of the disinformation campaigns that have been prevalent in the northern hemisphere during their summer (such as the false claims that ‘antifa activists’ were deliberately lighting fires in Oregon). But in the real world, the fires will continue to grow, and we need to respond to this reality.

Fire seasons will become longer and more intense, which has huge implications for ecosystems. For example, it is estimated that more than 90 per cent of snow-gum woodlands in Victoria have burnt in the past twenty years—multiple times in some areas. Up to 10,000 hectares of alpine ash forest face ‘ecological collapse’ in Victoria because of repeated fires.

An extended fire season also has implications for our ability to fight fires. Currently, resources—people, trucks and planes—are shared between states and territories, and between countries. While we have a fleet of several hundred planes and helicopters to fight fires, many of these are leased through the international market. As California and Oregon suffer through a dreadful fire season, and as the fire season has already arrived in Queensland, there is overlapping, and thus greater, demand on planes. This will drive up the cost of fighting fires.

If there are huge fires across large areas, as happened last summer, we simply won’t have enough crews and trucks to go around. In Victoria, the fires’ economic impact on tourism is estimated to have been between $330 million and $350 million in the first half of 2020. The cost of fighting the fires in that state is estimated at $1.5 billion, and by 2025 it is estimated to be around $2 billion. By 2055, modelling indicates that it might be almost $5 billion.

Then there is the fact that we don’t have enough firefighters. Australia has suffered a 10 per cent decline in the number of volunteer firefighters over the last decade. While the volunteer workforce has shrunk, the number of professionals has grown, which is good, but it clearly isn’t enough to offset the loss of volunteers.

The forecast from the Bushfire and Natural Disaster CRC is for a ‘normal’ fire season this summer. This gives us time to be fully prepared for future seasons that may be more intense. Here are some ideas:

And, of course, we must play our part and do everything possible to reduce Australia’s contribution to global warming. Reducing emissions won’t impact what happens next summer, but it is an investment in our collective future, as it is clear that more greenhouse pollution equals worse fire seasons in years to come.

The Australia Institute is proposing a National Climate Disaster Fund, funded by a levy of $1 per tonne of all coal, gas and oil produced in Australia, to help pay for some of the increasing costs of these climate disasters, fuelled in large part by these very industries. This would require confronting the powerful grip that fossil-fuel companies have on our democracy.

A $1 levy on fossil-fuel production in Australia would currently raise around $1.5 billion a year. While the institute suggests that the money could be allocated to sectors and communities that are affected by climate change, such as First Nations and farmers, some of it could also be allocated to firefighting capacity, including planes.

We are clearly in a rapidly deepening climate crisis and we must respond at emergency speed to reduce climate pollution. Furthermore, we must hardwire justice and human rights into our response to the crisis. We must simultaneously:

At present, many of our land-use practices are based on exploitative and short-term thinking—for instance, continued land clearing, farming practices that destroy topsoil and rely on dangerous chemicals, over-extraction of water from rivers and groundwater, and low-density sprawl that destroys remnant vegetation and farmland. Our economy is still based on a ‘quarry’ approach of exporting vast volumes of raw materials while actively pursuing economic policy that has seen the destruction of our manufacturing sector. Our cities and urban areas are poorly prepared for the realities of living on what is already the driest inhabited continent in a time of climate change. The COVID-19 pandemic has highlighted the problems of our economy: growing social exclusion and inequality, and the failure of the neoliberal model. Ultimately, we need a transformation of our political and economic structure. Late-modern capitalism is simply not up to the task.

WILL THE FIRES CHANGE EVERYTHING?

We are passing into an elemental moment, but do we have the language for grasping this?

Cam is the campaigns co-ordinator with Friends of the Earth in Melbourne. He has been involved in environmental and social justice activism in Australia and around the world for many years. While he has spent the last decade working to halt new fossil fuel projects, his background is in forest campaigning.